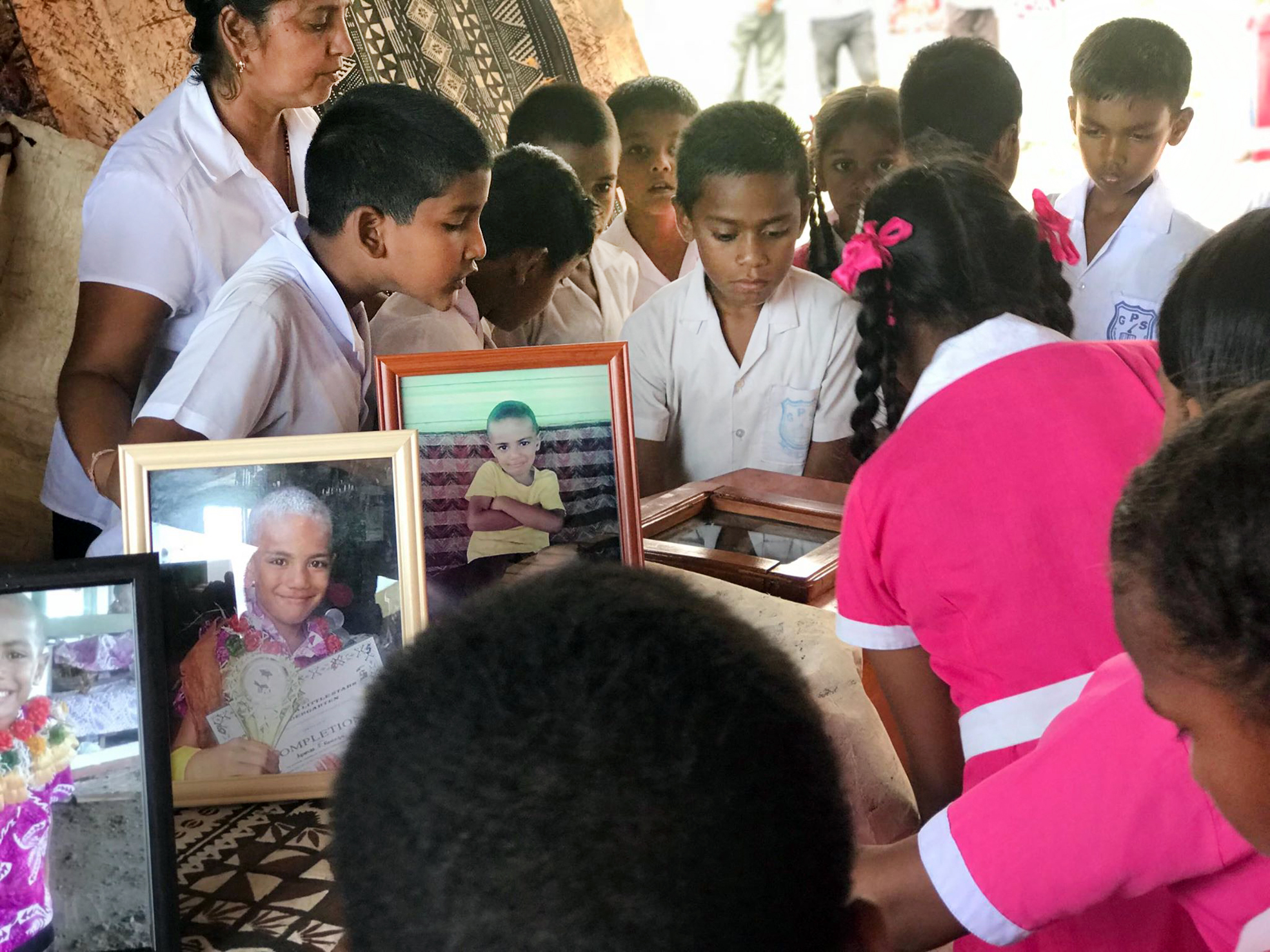 SILENCE surrounded Guru Nanak Primary School as students gathered around the coffin of six-year-old Apenisa Rawaqa who died in a road accident early this week in Labasa.

His family members and students paid their last respects as his coffin was laid outside his classroom.

Apenisa died in front of his older sisters at Wasavulu when a twin cab hit him as he crossed the road to board the school bus. His schoolteacher, Komal Kumar, described him as a joyful person who always helped out in the classroom.

Apenisa’s absence from class, she said, was a difficult experience knowing that the happy child would not return.

“I could not believe the news when I was told on Monday morning. I had to hold myself together because I had to continue with normal classes,” she said.

“But every time I faced the students and saw Apenisa’s desk empty, I had to fight back the tears and just felt numb but assured myself that all was well.