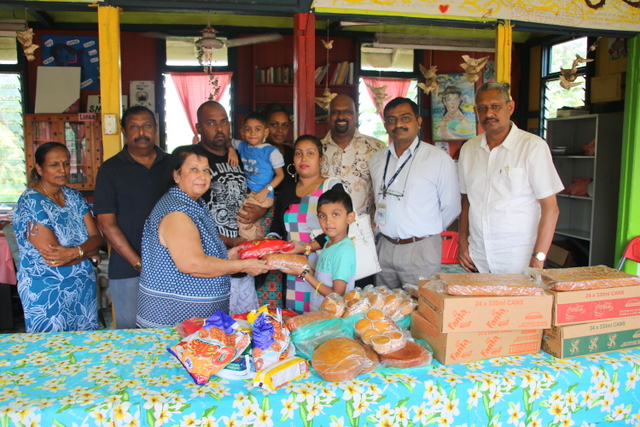 The Kumar family hands over their contribution to executives of St Giles Hospital in Suva. Picture: SUPPLIED

A FAMILY of a former patient of the St Giles Hospital celebrated Easter by donating clothing and snacks to the patients of the institution.

Family member Ravinesh Kumar said they were pleased to provide assistance to the patients, a moral initiative he noted was motivated by his elder brother who was also a patient at the hospital.

He said this token of appreciation would allow patients to celebrate and commemorate the spirit of Easter while being away from their loved ones.

“Our family had been assisting the patients of the hospital for the past seven years when my elder brother was first admitted to this hospital up until his death three years ago,” Mr Kumar was quoted saying in a Government statement issued yesterday.

‘We have continued with this initiative as we would like to share the love and care we once had for Bimal (late elder brother).”

“We look forward to such initiatives to support the patients to help them recover at the earliest,” Dr Gaikward said.

Hospital board chairwoman Elizabeth Dass was also acknowledged for her contribution.