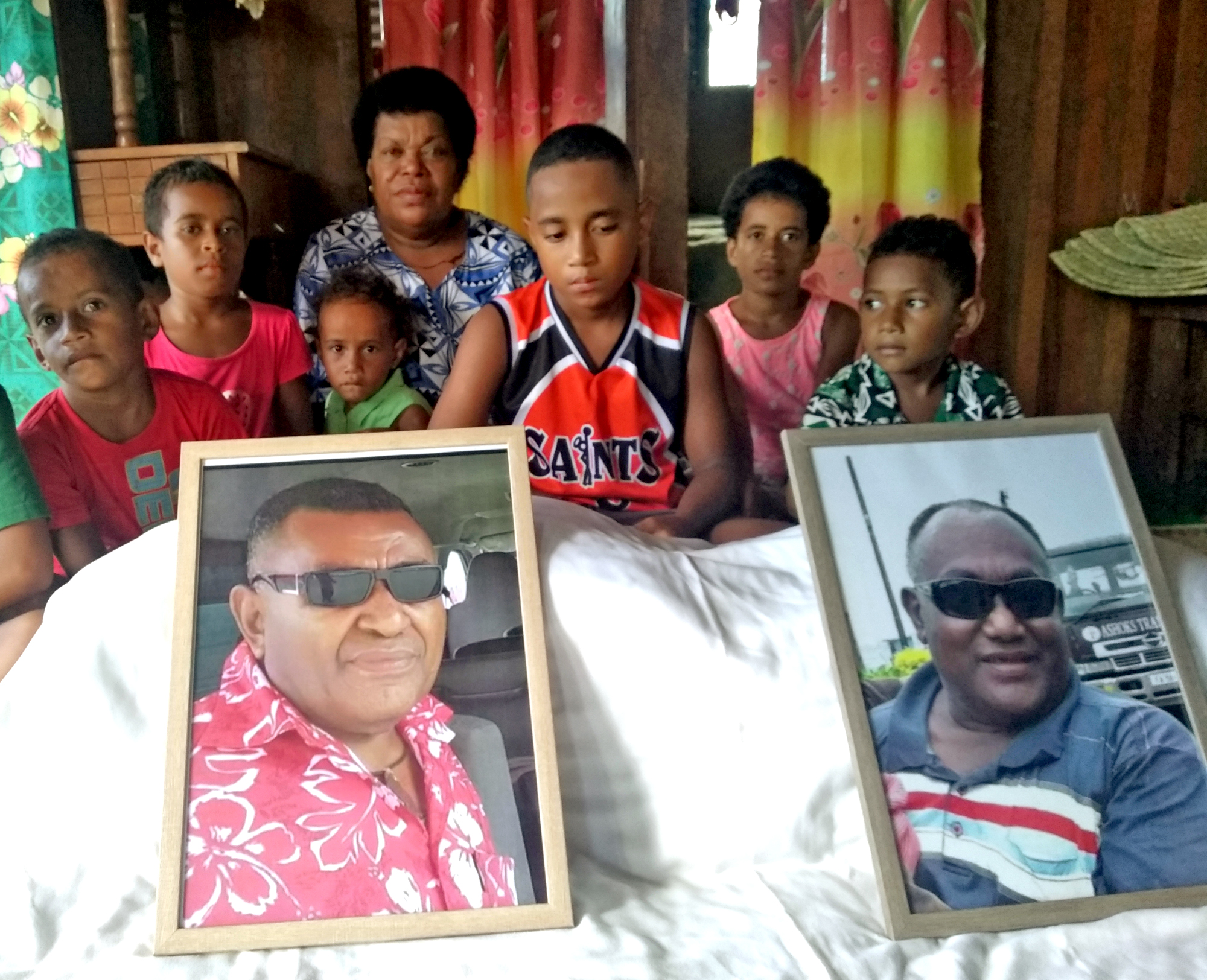 “I ta! I ta! O tukuna o na lesu mai, ta (Dad! Dad! You said you would return),” wailed the daughters of missing fisherman Losio Vulai, as they were comforted by relatives who gathered in Makolei Village, Bua, to prepare for a memorial service tomorrow.

Families have gathered at Makolei and Vuya villages for the farewell and memorial service for missing cousin brothers, Vulai, 64, and Emeri Ratucoko, 57, who went on a fishing trip on Easter Saturday, but failed to return home since.

Vulai’s wife, Noela Nane, recalled that fateful morning in which she begged her husband to stay home in Makolei because of the adverse weather.

“I told him to stay home and not to go fishing because the weather wasn’t favourable for a fishing trip, but he insisted to go and bring fish for our Easter lunch,” she said.

“On Saturday night, when I came back from Easter Mass at about 11pm, I asked my daughter-in-law whether my husband had returned from fishing and she said he was still out at sea.

“So I called the family in Vuya Village and asked them whether their dad had returned and they told me that he was still out at sea fishing.

“I knew right away that something could have happened, but even though police have called off the search, we still believe that they are alive and safe.”

The same belief remains for Ratucoko’s family in Vuya Village.

His wife, Matelita Ratucoko, remained adamant and unmoved over police decision to call off the search.

“We pray every night beginning from 12am and we just dedicate the lives of the two men to God because he is the God in control,” she said. “We still believe in our hearts that they are still alive and God is watching them out at sea or wherever they may be right now.

“Even though we are having the memorial service, we still believe that God will bring them safely home.”

“But that Easter weekend, he never returned, but I know he is safe.”

Police spokeswoman Ana Naisoro has asked the public to contact the nearest police station if they find any clues in relation to this case.

Father of two to be questioned regarding Nadawa fire