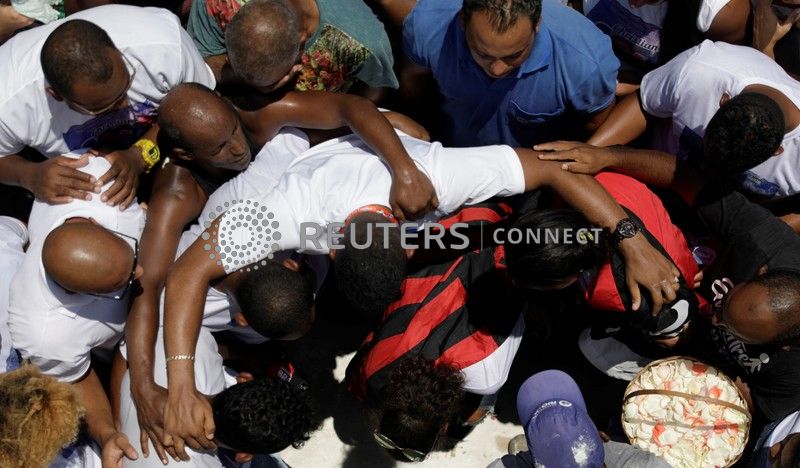 RIO DE JANEIRO (Reuters) – The funerals of the teenagers who died in the fire that swept through Flamengo’s training ground in Rio have started to take place on Sunday, while the club defended itself over the cause of the blaze in the unauthorised lodgings.

“How can a club as important as Flamengo allow for kids to sleep in containers,” Johnny Vinicius, the uncle of 15-year Christian Esmerio, said during the goalkeeper’s funeral service.

“It’s absurd. Brazil has to do something to stop this so people stop dying with nobody being punished.”

Esmerio was one of 10 boys aged between 14 and 16 who were killed on Friday morning when a fire that started in an air conditioning unit ripped through the makeshift dormitory at Flamengo’s training ground on the edge of Rio de Janeiro.

Three others were injured, one of them seriously.

The city mayor said the club did not have permission to build lodgings but the club said the dormitories were comfortable and adequate.

The club issued a statement on Sunday saying the air conditioning units were checked by the operating company on Feb. 5. Flamengo did not respond to a request for comment about the observations made by Esmerio’s uncle.

Friends and family, many of them wearing Flamengo shirts, cried and chanted as they laid Esmerio to rest.

Other fans laid flowers and messages at a makeshift memorial outside the training ground.