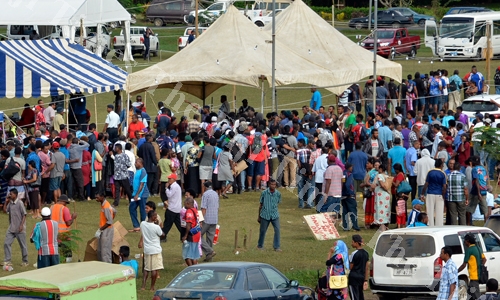 THE False Information Act has been put in place to deter people from trying to defraud Government, says the Ministry of Women, Children and Poverty Alleviation permanent secretary, Dr Josefa Koroivueta.

He said the ministry would continue to warn people against illegally trying to obtain assistance under Government’s HOMES-CARE program.
“We’ve warned people who are trying to defraud the system. They have to think twice about it. The welfare and the wellbeing of their family are at stake,” he said.
“For male breadwinners, they could be handed prison sentences and their wives and children would be left to fend for themselves.”
He said while some people have done the right thing by returning their M-PAiSA cards, others remained unaffected by the warnings.
“We need to install a culture of honesty. We need people to embrace truth and get out of the culture of giving false information to gain something.
“It does not do any good for them, their families and their loved ones.”