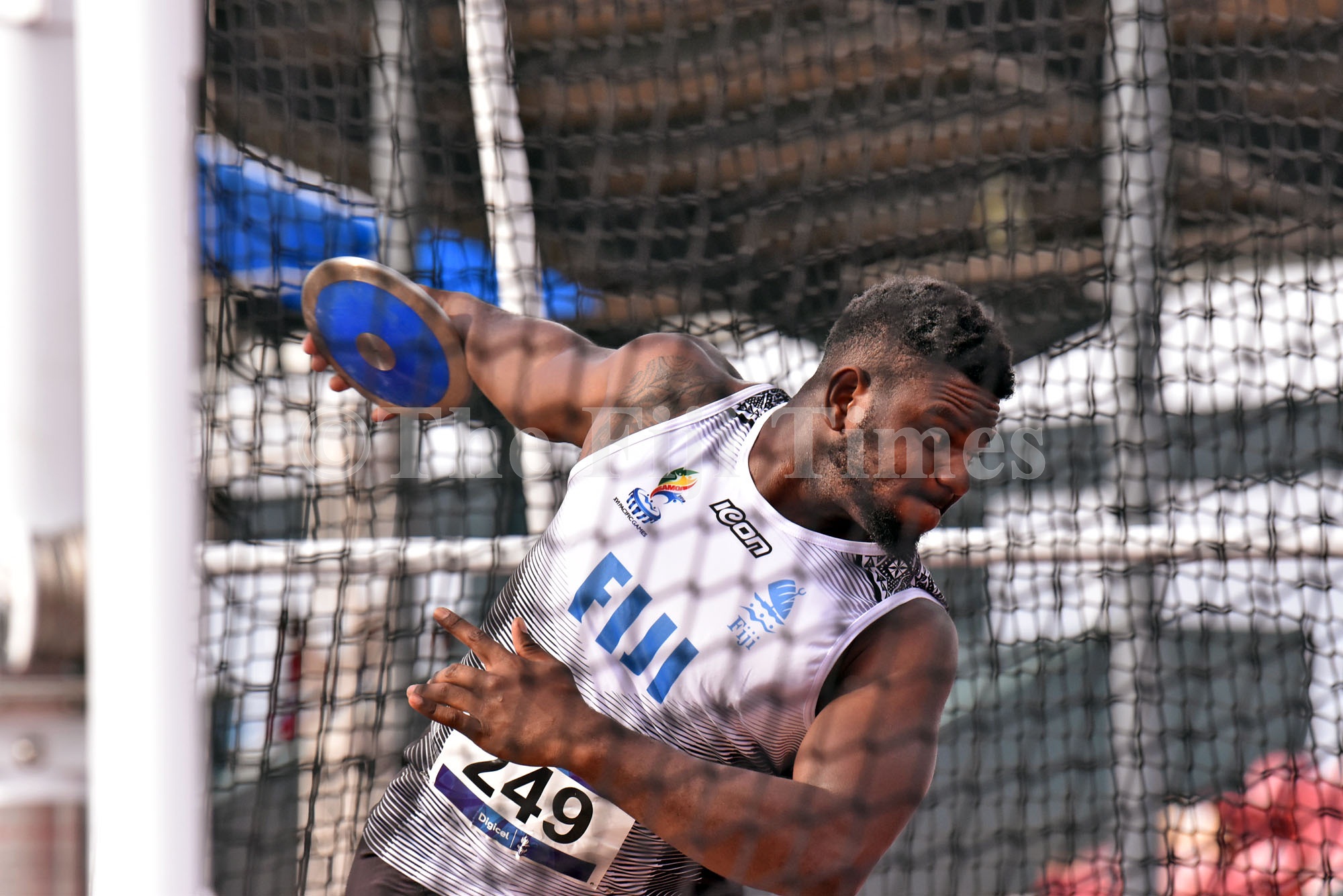 In just under a year after joining Coffeyville University in the fall semester of 2018, Mustafa quickly made a name for himself when he broke and set the Fiji national indoor record twice after finally pushing it out to an impressive 16.68m at the 2019 Region Indoor Championships.

Fall has become the first Fijian to throw the 7.26kg shot with a distance of 17 metres in his second throw and now beating his record.

Musatafa Fall putted his way into the national team claiming a 3rd place finish at the 2015 Pacific Games in Papua New Guinea with a throw of 15.78m to set a new national record.

In the 2016 Melanesian Athletics Championships, Fall managed to win gold in the shot put and hurled the discus to a 50.28m and beat 2016 No. 1 Pacific ranked Debono of Papua New Guinea.

Fall is one of Fiji’s most talented throwers and has stamped his mark in the top 10 all-time throwers in Fiji in shot put with his personal best of 17.75m and No. 1 in the discus after hurling out to a new personal best and national record of 53.89m at the 2019 NJCAA D1 Outdoor Track & Field Championships in New Mexico, USA.