‘Fair bite of the cherry’ 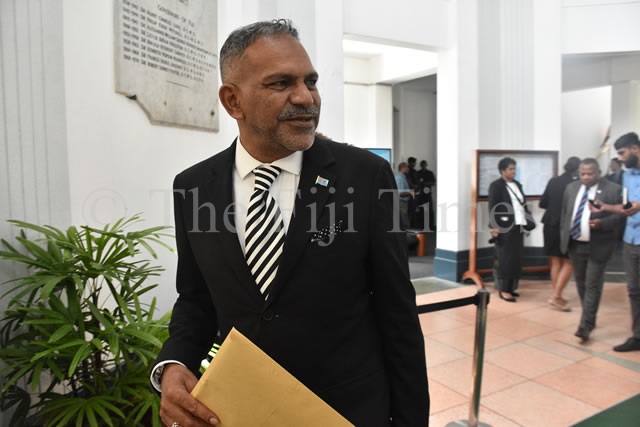 There are many positive incentives in the 2021-2022 National Budget, says Minister for Commerce, Trade, Tourism and Transport Faiyaz Koya.

He said the Bill amends Section 2 to align the definition of parking place and stand , the new terminologies used for open taxi ranks.

“It literally means there will be more taxi bases around, so the levy that is charged that everyone has to pay for,” he said.

“First in, first out, at the end of the day and everyone has a fair bite of the cherry.

“Is that not what we all want?

“The removal of base stands and station fees  that public service vehicle permit holders pay gets replaced with an annual levy which everyone pays.”

Mr Koya said there were 7988 taxi operators of which 6465 are actually urban taxis and 1523 were rural taxis that would benefit with about $2 million revenue for the Government.

She said private operators in Sigatoka have called to e x p r e s s their objection to this “draconian move”.

“They say that while it will enrich LTA and provide the funds, it will deprive them of income support and also result in huge losses through this unfair and unjust move,” she said.

Mr Koya said they had received grievances from the Fiji Taxi Association and would deal with them in a timely manner.