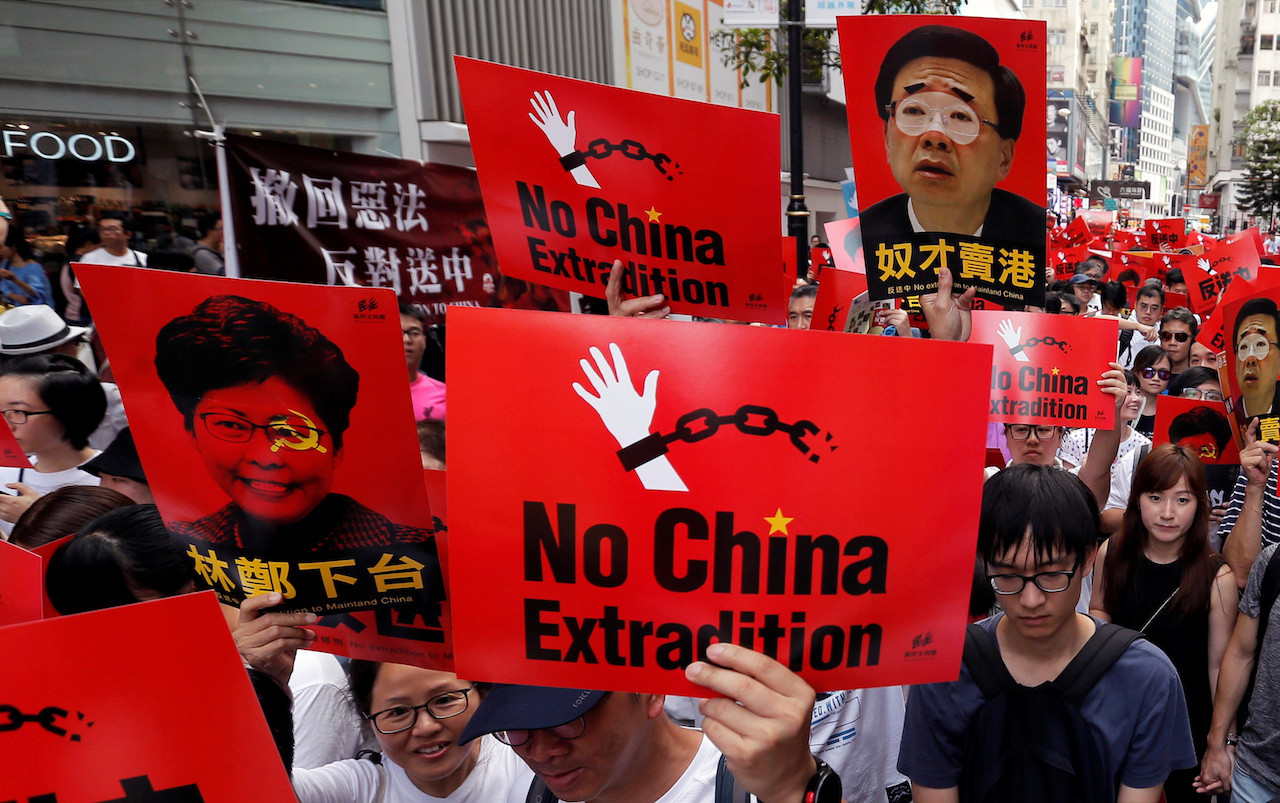 (Reuters) – At least half a million people in Hong Kong are expected to brave sweltering heat on Sunday to press the government to scrap a proposed extradition law that would allow suspects to be sent to China to face trial, organizers of the march said.

After weeks of growing local and international pressure, the protest is expected to reflect the broad range of opposition to the bill, with many saying they simply cannot trust China’s court system or its security apparatus.

Here are some quotes from people who joined the early stages of the march:

“I come here to fight,” said a wheelchair bound 78-year-old man, surnamed Lai, who was among the first to arrive at Victoria Park before the start of the march at 3pm.

“It may be useless, no matter how many people are here. We have not enough power to resist as Hong Kong government is supported by the mainland,” said Lai, who suffers from Parkinson’s disease.

“The extradition bill will directly threaten the core values of Hong Kong and rule of law,” said Kelvin Tam, 21, a student at the University of London.

“It will remove the firewall of Hong Kong’s judicial independence. We need to safeguard Hong Kong when our core values are being challenged.”

“This the end game for Hong Kong, it is a matter of life or death. That’s why I come,” said Rocky Chang, a 59-year-old professor. “This is an evil law.”

A Hong Kong government official said: “We continue to listen to a wide cross-section of views and opinions and remain to open to suggestions on ways to improve the new regime.”

Shortly before the march started, Jimmy Sham, convener of the organizing committee of pro-democratic groups, said the groups wanted the world to see Hong Kong residents in the streets defending the “rule of law, human rights and freedom”.

“Today, Hongkongers have stood up, not just to the Hong Kong government, not just to Beijing, but also to the world, to history,” he said.

“We want to tell Carrie Lam that we don’t want Hong Kong to become a Chinese city,” one man yelled through a loudhailer, referring to Hong Kong’s chief executive.