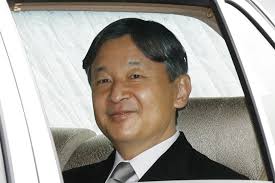 Japan's Crown Prince Naruhito leaves the Imperial Palace after a ritual called Taiirei-Tojitsu-Kashikodokoro-Omae-no-gi, a ceremony for the Emperor Akihito to report the conduct of the abdication ceremony, in Tokyo, Japan April 30, 2019, in this photo released by Kyodo. Mandatory credit Kyodo/via REUTERS

TOKYO (Reuters) – Japan’s Emperor Akihito will step down in favor of his elder son, Crown Prince Naruhito, on Tuesday, ending the 31-year Heisei era during which he sought to bring the monarchy closer to people. Here are some of their reactions: – “I think the emperor is loved by the people. His image is […]