Facebook’s Zuckerberg to testify before U.S. House panel on Oct 23 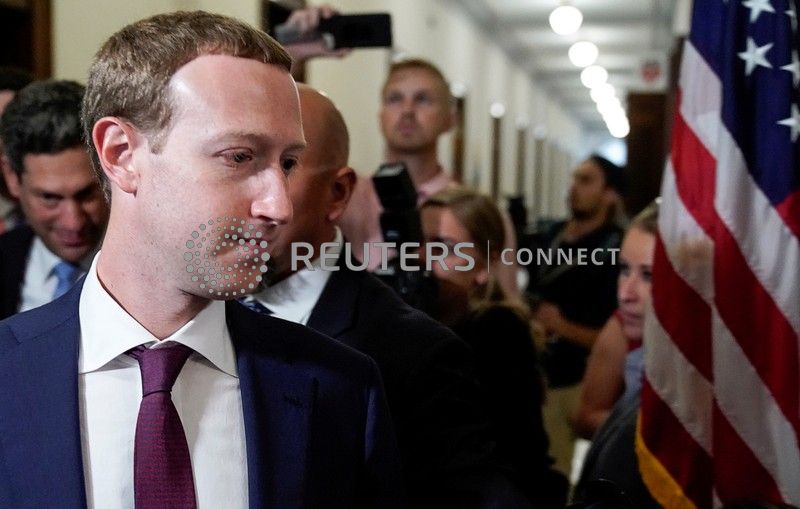 WASHINGTON (Reuters) – Facebook chief executive Mark Zuckerberg will testify before the U.S. House Financial Services Committee on Oct. 23 as the social media company faces growing scrutiny from U.S. lawmakers over a planned cryptocurrency and other issues including advertising policies.

Zuckerberg will testify at a hearing titled “An Examination of Facebook and Its Impact on the Financial Services and Housing Sectors.” It will be his first appearance before a U.S. congressional committee since April 2018 although last month he was on Capitol Hill to meet privately with some lawmakers.

Zuckerberg is likely to be peppered with critical questions from lawmakers skeptical of Facebook’s efforts to help launch a global cryptocurrency called Libra. Also, the federal government charged Facebook in March with violating fair lending laws, saying the company sold targeted advertising that was racially discriminatory.

Rep. Maxine Waters, the Democrat who chairs the panel, has been fiercely critical of Facebook, calling on it to halt its Libra project, which the company has said would launch in the middle of 2020.

Zuckerberg’s testimony will come at a precarious time for Libra. U.S. payments processor PayPal Holdings Inc said this month it was leaving the Libra Association, a group of private companies helping develop the currency.

The project also faces significant skepticism from global regulators wary of what a digital currency with a potentially massive scale could mean for the financial system. On Tuesday, the European Union’s finance commissioner said he would push for new rules to regulate virtual currencies, reacting to Facebook’s plans to introduce Libra which the EU considers a risk to financial stability.