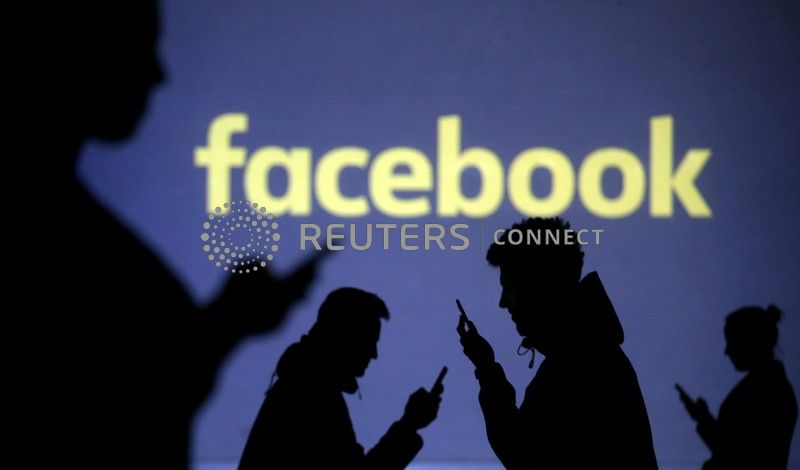 FILE PHOTO: Silhouettes of mobile users are seen next to a screen projection of Facebook logo in this picture illustration taken March 28, 2018. REUTERS/Dado Ruvic/Illustration/File Photo

PORT MORESBY, 22 APRIL 2019 (THE NATIONAL) – A Papua New Guinea man has appeared in the Waigani District Court in Port Moresby charged with defamatory publication, cyber harassment and cyber bullying through postings made on Facebook against a public figure.

It was alleged that on March 25 between 11.30am and noon, Turi Kuruwa, 47, from Korefeigu in Unggai-Benna in Eastern Highlands, posted a screen shot that contained an inserted face photo of West Sepik Governor Antony Wouwou and Felisha Kari with defamatory statement and posted it the Facebook PNG Happening Today page, a public forum page that directly participated on online discussions that went viral on social media.

It was further alleged that Kuruwa posted on Facebook after attending a court case of his wife regarding an allegation on Facebook that also defamed the two victims.

When Kuruwa heard the case was struck out because of defective information, he went ahead, took a photo of the daily listing, and posted the fabricated post with a defamatory comment with inserted face photos of Kari and Wouwou.

Police alleged that the defamatory post caused emotional distress to the victims. Later, Wouwou, annoyed about the accused, sent his secretary to pursue the matter before the court.

The complainant, Kari, after viewing the post on April 25, also went to Boroko police station and reported the matter.

Police reports show that Kuruwa was called into the station and warned not execute such a defamatory post again but Kuruwa replied that it was his freedom to express his views.

Kuruwa was formally cautioned and charged with defamatory publication, cyber harassment, and cyber bullying under the PNG Cyber Crime Act, 2016 and detained. He was later released on a K500 (US$148) bail.

Waigani District Court Magistrate Cosmas Bidar clarified that the PNG Cyber Crime Act was new, passed in parliament in 2016, and replaced the old Telecommunication Act. The case was adjourned to May 16.