Façade of democracy – Common roll and the 2013 Constitution 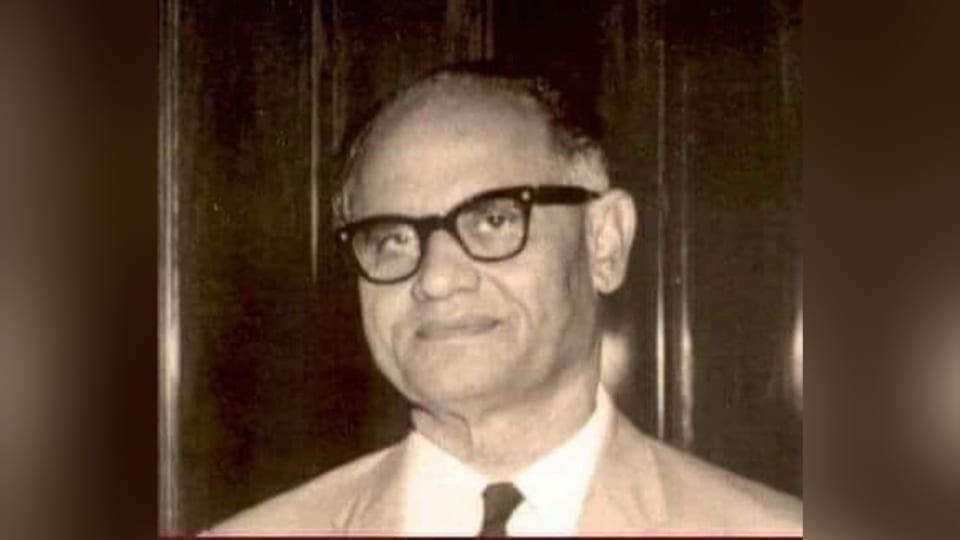 “In 10 years time, there will be a lot of changes in this country,’ A.D. Patel said to Andrew Deoki in 1960. Deoki looked at Patel and asked, ‘What do you mean? Do you mean that you will be the dictator of this colony in 10 years time?”

This conversation happened 10 years before Fiji became an independent and sovereign nation on October 10 1970. Ambalal Dahyabhai Patel or A D Patel was talking to a fellow Legislative Council Member Andrew Deoki, who obviously was bewildered and failed to then grasp what Patel was saying.

Fiji will be 51 years old as an independent country tomorrow. Remarkably, Patel’s conversation with Deoki was of a free, independent and sovereign nation that he had envisioned 61 years earlier and 10 years before Fiji gained independence on October 10 1970.

Three years later in 1963, Patel became the founder leader of the political movement that evolved into the National Federation Party, which is still strong as ever 58 years after a humble, but determined beginning under a mango tree in Vaileka, Rakiraki.

And it is Patel and the NFP who, together with cane growers, struck the first peaceful but politically fatal blows to the colonial administration and the Colonial Sugar Refining Company, which killed any hopes of them making the island nation their permanent fiefdom.

It was left to his lieutenant and successor S M Koya, who made compromises through dialogue, building of trust and goodwill on behalf of NFP, to seal the stamp of approval on independence with Ratu Sir Kamisese Mara and the Alliance Party, together with the entire Legislative Council and delegates of the respective parties.

Patel’s journey as the leader of the peaceful struggle to break Fiji free from the shackles of colonial rule resulting in the nation’s independence was based on the achievement of a Constitution whose electoral provisions provided for Common roll to encourage integration of different races and ethnic groups.

Simply, Patel wanted genuine nationhood, based on the motto One Country, One Nation. One Nation means the people of a country marching in unison, united in their purpose and above all act and do everything in the national interest. And he strongly believed that Common Roll would be the answer for Fiji’s peaceful and progressive future.

Common Roll was the constant demand from the Indo-Fijian political platform since the 1920’s. The three first elected members of the Legislative Council walked out of the Chamber in 1929 when their call was rebuffed by the then European and Fijian Members as well as the Colonial Government.

A D Patel had just arrived into the country from England and watched with interest how the then Indo-Fijian Members, both in and outside of the Legislative Council championed the issue.

Common roll took the backstage for more than two decades but the issue was revived in 1963 by Patel. For AD Patel, common roll was an article of faith. It was a necessary prerequisite to building a non-racial democratic society. It was a means to an end, not an end itself.

The end envisioned by Patel was a truly representative democratic society which bonded the elected and the electors in a common bond of accountability and respect.

In his opening address to the first Constitutional Conference in London on July 26 1965, Patel said: “Political liberty, equality and fraternity rank foremost among the good things of life, and mankind all over the world cherishes and holds these ideals close to its heart. The people of Fiji are no exception. Without political freedom, no country can be economically, socially or spiritually free.”

Needless to say, when I refer to political freedom I mean democracy under the rule of law, the sort of freedom which the British people and the people of US enjoy. We need freedom which will politically, economically and socially integrate the various communities living in Fiji and make out of them one nation deeply conscious of the responsibilities and tasks which lie ahead.”

A D Patel’s vision of a Common Roll was constituency-based so that the people knew who their representatives in the legislature were to whom they could go to have their concerns redressed.

It wasn’t some number on a ballot paper, without a name and without a face as twice witnessed and experienced in the 2014 and 2018 general elections. Undoubtedly, it will be the same or “business as usual” in the 2022 elections under an Electoral Act born out of the imposed 2013 Constitution.

The present system makes a mockery of the values which underpin a broad based democratic society. Voters do not know who their elected representatives in parliament are. It is a national constituency. This farce and debacle has been stripped down to the bare number on the ballot paper during the current Covid-19 crisis.

How? We are inundated with calls and complaints from people of all walks of life, struggling to make ends meet, bitterly complaining that those elected from their areas or districts are nowhere to be seen or cannot be reached. We have no choice but to provide their mobile numbers to the aggrieved electorate. Many ask the numbers of the Prime Minister and the Attorney-

General in the hope that talking to them directly would result in help arriving at their doorsteps.

This is the conundrum facing the people of Fiji as a result of the electoral provisions despite the government bragging it is equal vote for equal value.

The Open List, combined with the D’Hondt system of choosing elected members, renders meaningless the proportional voting system stated in the Constitution.

The effects of the “Common Roll”

In the 1960s, one of the members of the Legislative Council, Dr Lindsay Verrier, who also served as the first secretary-general of the Alliance Party after its formation in 1966, described A D Patel’s Common Roll vision as “Toilet Roll”.

While that description of a noble idea was good enough to be confined to the cesspool, it aptly fits the bill as far as “equal vote for equal value” is concerned under the 2013 Constitution. The results of the last two elections is evidence of the iniquitous nature of results and representation the system has thrown up.

The Prime Minister of the country is ‘primus inter pares,’ – first among equals. Essentially, the electoral system makes the PM a dictator to whom elected members owe their careers.

In the last two elections the PM has pooled the votes from throughout the single national constituency, albeit aided by the massive outpouring of financial resources of the State under the pretext of assistance when they were freebies, as well as out-spending other parties by a country mile because of millions of dollars raised from donations by the business community to ensure minions in his FijiFirst party tag along to Parliament.

This is despite the fact that they received far less votes than many in opposition parties, but they failed to win a parliamentary seat.

Let us look at the 2018 election results. When the final results were declared, the 21st SODELPA member to be elected had 2010 votes. SODELPA won 21 seats. But only six FijiFirst members had more votes than the 21st ranked member of SODELPA with the 6th member receiving 2081 votes. FijiFirst won 27 seats and the last member of that party only 559 votes.

25 SODELPA candidates who did not make it to Parliament received far higher votes than that of FijiFirst’s 27th ranked member.

Similarly, NFP, which won three seats, recorded 1811 votes for its third member, which is higher than FijiFirst’s 7th highest vote getter. 11 other NFP candidates who weren’t elected received much higher votes than the 27th elected member of FijiFirst.

Since 2018, there have been three new MPs replacing the originally elected ones for FijiFirst and one replacement MP for SODELPA, who ironically received more than four times the number of votes than the last of FijiFirst’s replacement MP.

The façade must end

So, how does it make sense for a member with 547 votes to become the third most powerful person in government when members with more than double or triple number of votes are not in Parliament? Or Members with ten times more votes sit in the Opposition?

Diametrically opposed to the vision of A D Patel. And definitely toilet roll.

The so-called equal vote for equal value, common and equal citizenry, doesn’t promote genuine democracy. Nor does it guarantee freedom and political integration. Instead it is the harbinger to the fragmentation of the nation.

The NFP stands for a broadly representative democracy, not a blatantly repressive one.

How can this be achieved? At the launch of the 1966 Legislative Council election campaign at Century theatre, Suva, Patel said:
“…the longest journey always begins with a single step. We are taking the longest journey in the history of Fiji. We are taking this journey to meet our destiny, and I hope and pray to God that destiny is full of promise of good things of life, to this country and to the people of this country: we who are living now and those who will follow us hereafter”.
Patel concluded: “With love towards all and malice towards none, we will keep on working with courage and determination. And

I want you to realise one thing, history demands sacrifice. We have made an appointment with our destiny, and we have got to keep that appointment.”

Truly prophetic and highly relevant 55 years on. For the life of A D Patel, see Brij V Lal, ‘A Vision for Change: A D Patel and the politics of colonial Fiji’ (ANU 1997).