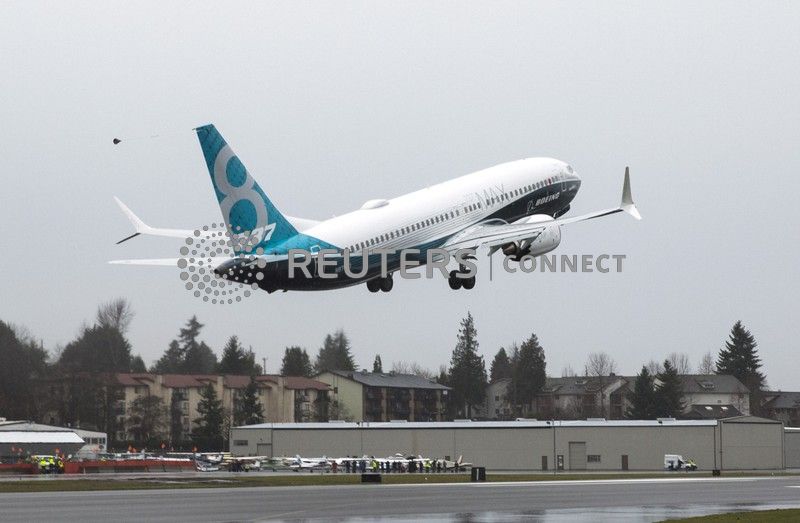 WASHINGTON (Reuters) – The acting top U.S. aviation regulator defended the Federal Aviation Administration on Friday from charges by an unnamed agency employee who told congressional investigators that aviation safety inspectors that worked on the certification of now-grounded Boeing 737 MAX may have been unqualified.

Acting FAA Administrator Dan Elwell said the FAA’s Office of Audit and Evaluation conducted a November investigation into concerns raised by an aviation safety inspector who alleged that inspectors did not meet mandatory training requirements. Elwell said the employee’s claims did not involve inspectors who evaluated the heavily criticized anti-stall software on the 737 MAX.

Elwell’s comments came in a letter to Senator Roger Wicker. Earlier this week, the Republican senator said in a letter to the FAA that unqualified inspectors may have botched the evaluation of the 737 MAX software.

More than 300 Boeing 737 MAX jets have been grounded worldwide after nearly 350 people died in crashes in Indonesia in October and in Ethiopia last month.

Wicker also said information from whistleblowers and documents showed the FAA was notified about the training and certification concerns as early as August 2018, which was before the Indonesia crash.

Elwell said the allegations that the inspector raised, including retailiation by superiors, “were substantiated during the investigation and will be remedied as soon as possible. The front line manager that was found to have retaliated against our inspector is no longer with the FAA.”

Elwell said the allegations were specific to the aircraft evaluation group. While the inspectors in question did not work on the 737 Max, he did not specify which aircraft they may have inspected.

The FAA has come under criticism for delegating some certification responsibilities to Boeing and other manufacturers.

Elwell said last week there were “no comments made by employees to our knowledge” about the 737 MAX.

“We encourage all employees to raise issues that may compromise our safety standards through the utilization of strong whistleblower protection and internal investigation programs,” Elwell wrote.

Boeing said last week that it was reprogramming software on its 737 MAX passenger jet to prevent erroneous data from triggering an anti-stall system that is under mounting scrutiny following the two deadly nose-down crashes. On Monday, the company said it will submit the fix to the FAA for approval in coming weeks. Reuters reported Boeing is dealing with software integration issues.

Federal prosecutors are also reviewing the plane’s certification with help from the FBI, the Transportation Department inspector general’s office and a blue ribbon panel to be named by Transportation Secretary Elaine Chao. The FAA also announced it is launching a Joint Authorities Technical Review team to review the 737 MAX.