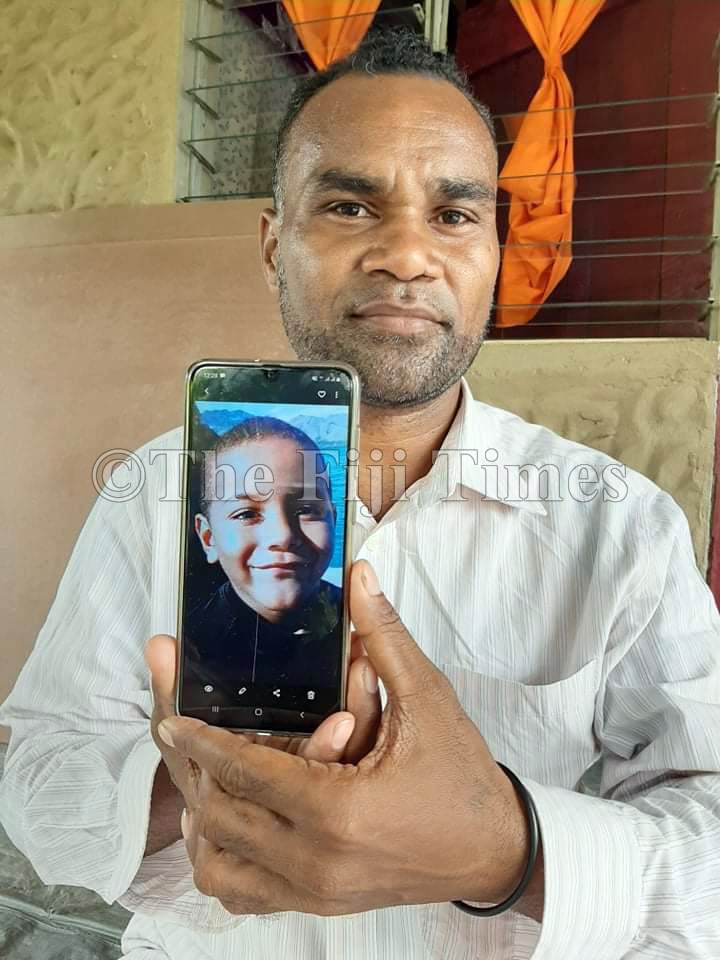 Uncle Josefa Manakiwai with a picture of his nephew at Vunitogoloa Village Picture: ANISH CHAND

A toddler who died 24 hours after being struck by a vehicle in Rakiraki was described as “God-given”.

Four-year-old Ezekiel Ame Tale passed away at the Lautoka Hospital on Thursday afternoon after he succumbed to injuries allegedly sustained after he was hit by a vehicle near his house at Vunitogoloa Village.

“He was God-given because he always took interest in the gospel at a young age,” said his uncle Josefa Manakiwai.

“Ame always followed his father, who is a preacher wherever he went to preach.”

The accident happened on Wednesday afternoon after the child crossed the road soon after disembarking from a vehicle near their home.

“He was a very lovely child and he will be missed.”