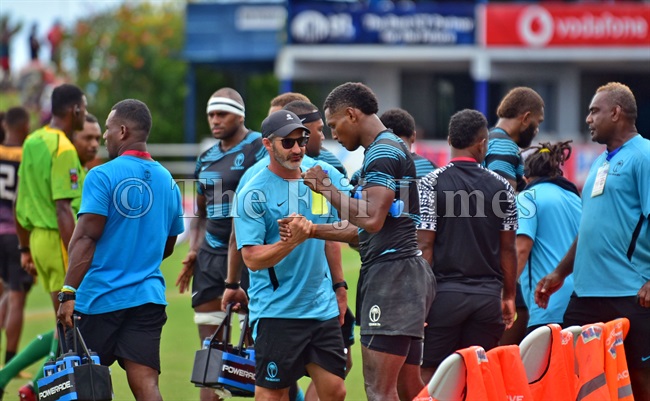 The Fiji Airways Fijian 7s team will take a wider squad to the HSBC Los Angeles 7s in the build up to the Rugby World Cup 7s in Cape Town, South Africa.

The LA 7s will be played at the Dignity Health Sports Park from August 27-28.

The Fiji 7s team participated at the Duavata 7s which ended at the Ra Sports Ground in Rakiraki yesterday.

Fijian 7s coach Ben Gollings said there will be some changes to the team that will go to LA.

“Prior to going to the Commonwealth Games, t said that there are many big tournaments so we will have to try to manage the players properly,” Gollings said.

“After the LA 7s we will go straight to South Africa for the RWC 7s.

“So we have got everything organised. From LA we fly directly to Cape Town. Then we will have a week kind of preparing after then the tournament week as well.”

Gollings said there were no major injury concerns after the Commonwealth Games.

He said France based Aminiasi Tuimaba who missed the gold medal playoff against South Africa was okay.

“Tuimaba got a knock on the head which really ruled him out for the final match of the Commonwealth Games.

He is actually fine and is back with his team France. But in terms of his situation there is really no concern.”