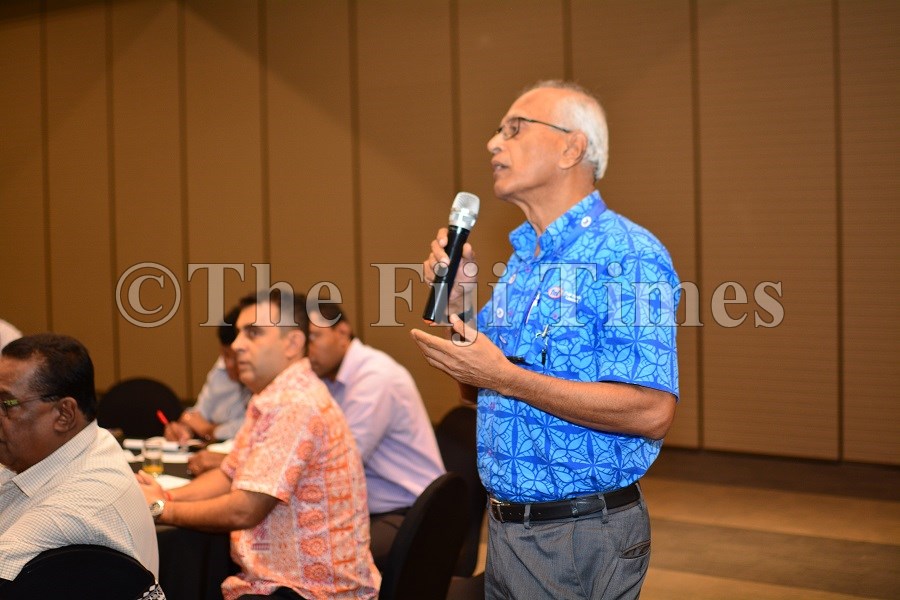 A local food manufacturing company, FMF Foods Ltd, had seen a large growth spurt for its exports during the COVID-19 pandemic as panic buying swept across the globe.

According to the FMF Group chief executive Ram Bajekal, the sudden growth in demand because of panic buying proved to be a challenge for the company.

“That was our additional challenge, not just coping and keeping our country calm in terms of supplies but also our export markets because if they started getting doubts whether FMF could supply to those markets there would have been panic,” he said.

“There would have been other suppliers who would have jumped in and taken our place and it was important for us to keep those countries calm as well.”

He said they had to maintain their clients’ demands such as for countries like Australia where they supplied to some customers like Woolworth, Black & Gold, Metcash and Fonterra.

“Their sales really went up because I think what happened during a time of crisis like this is people went to buy whatever was available and that’s when the house brands really picked up. So contracted packaged products such as what we do for Woolworth and Fonterra and Black & Gold, the demand suddenly spurted.

“I think we were probably shipping one and a half times to two times what we would normally supply in a month,” said Mr Bajekal.

He revealed the sales had been mixed and as people had resorted to buying what they needed for their households which were products such as breakfast crackers.

“In a way that is good and what we really need to do from a production stand point is focus on what the populations needs are and that is what we are focusing on.

“It has helped us to align ourselves with more in need with the market requirement.

“Demands on products like the breakfast crackers are high but the demand on the sweet biscuits are quite low at the time but I think people are conserving their cash and buying the essentials and as you know breakfast crackers today is part of staple foods in Fiji.

“So it something that people is buying not so much the sweet biscuits,” he said.

This in turn had resulted in a high cost of production because of the panic buying according to Mr Bajekal.

“We had to make sure that stores did not run out of supplies because that would have sent a bit of a shock wave among consumers and people in Fiji. And if they had any kind of fear that Fiji was running out of food, I think there would have been a crisis compounded.

“So we were making sure that no store was without products that were required by the people,” FMF had celebrated World Biscuit Day yesterday and according to Mr Bajekal their breakfast crackers had become a staple food in the country.

“I think to us it is essentially a reminder to us what it is about, just how much a simple biscuit and what sort of role it plays in our lives today,” he said.

“It’s something that every household has and research shows that on an average that three types of biscuits are kept on a pantry.

“For us it is really a reinforcement of the importance that biscuits have gained in the lives of people and a kind of reminder of what we owe to the community, that such an important food for the people that we keep our promise and our pledge on making good quality biscuits.”