Explainer: What’s at stake for Libya’s oil as conflict flares? 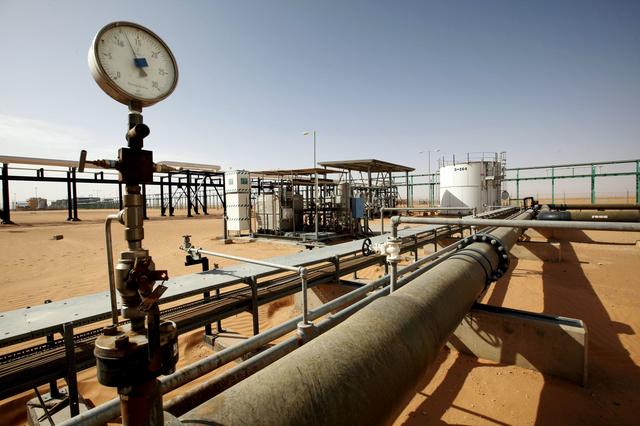 LONDON/CAIRO (Reuters) – Eastern-based Libyan forces led by Khalifa Haftar launched an offensive in April on the capital Tripoli in the west that has plunged the oil-producing nation into a new bout of conflict.

The renewed risk to Libyan output has supported oil prices that are already trading close to six-month highs.

As a major oil supplier to Europe and starting point for migrant flows to Italy, much is at stake if the country slips further into turmoil.

HOW DID WE GET HERE?

Libya began fracturing in 2011 when groups took up arms to topple leader Muammar Gaddafi during the Arab Spring uprisings, but the groups also started fighting each other due to political, ideological and geographical rivalries.

Gaddafi ruled Libya with an iron fist for 42 years here, keeping control over its tribes and clans, and quelling Islamist militants.

As rival militias swelled and Islamist militants gained a foothold in Libya after Gaddafi’s fall, former army general Haftar presented himself as the man who could crush the extremists and bring militia groups to heel.

But Haftar is a divisive figure. Despite building a powerbase in the east of the country, he is distrusted in the west, where his military campaign has faltered. Critics say he wants to return Libya to authoritarian rule.

THE BATTLE FOR LIBYA’S OIL

Once Africa’s third-largest producer with output of 1.6 million barrels per day (bpd) before the revolution, Libya’s oil output slumped to just 150,000 bpd in May 2014. Output is now about 1.1 million bpd, according to Reuters estimates.

As the backbone of its economy, oil has been at the core of unrest that followed Gaddafi’s overthrow, a slow-burn conflict with periodic flare-ups of intense fighting.

Factions have used oil facilities as bargaining chips to press financial and political demands. Fields and ports in Libya’s east were blocked between 2013 and 2016.

In 2016, Haftar seized most facilities in Libya’s east and this year his forces swept through the south, taking control of the major El Sharara and El Feel oilfields.

Islamic State lost its Libyan stronghold of Sirte to local forces backed by U.S. air strikes at the end of 2016, but some of the facilities the militant group attacked remain unrepaired.

The simple answer is the National Oil Corporation (NOC), headquartered in Tripoli. It is the sole entity controlling oil and gas field operations and the only marketer of Libyan crude abroad.

But since 2014, the picture has been complicated by competition between rival governments based in Tripoli and the eastern city of Benghazi.

Most of Libya’s oil infrastructure is in the east where competition for control has raged between military factions.

Haftar’s LNA controls eastern oil ports and oilfields but has technically left NOC to run them as major foreign buyers of oil only want to deal with the state-run firm.

NOC has condemned the militarization of Libya’s energy infrastructure.

The LNA said last week it had sent a warship to the eastern Ras Lanuf oil port.

Even as the LNA grew more powerful in the east and then swept south, oil revenue still flowed to the central bank in Tripoli. Those earnings climbed 80 percent to $24.5 billion in 2018.

The central bank distributes funds including public salaries across the country, but factions in the east say they have received less than their fair share, accusing the Tripoli central bank of favoritism and corruption. The bank denies this.

As oil production fluctuated, living standards have fallen steeply. Eastern factions in particular have struggled for funding, printing banknotes in Russia and selling bonds worth more than $23 billion.

The NOC in Tripoli has tried to stay above the political fray. But the eastern government, allied to the LNA, set up a parallel NOC in Benghazi that has repeatedly tried and failed to wrest control over some of Libya’s oil exports.

The NOC in Tripoli has also struggled to secure funds to repair aging infrastructure and its facilities have suffered from regular power outages amid the political turmoil.

IS THIS JUST AN INTERNAL ISSUE?

No. Companies based in countries with key roles in Libya’s conflict either have active stakes in its oil and gas industry or are eyeing future investments.

Italy’s Eni and Total of France have joint ventures with the NOC in Tripoli, but their governments have been sharply at odds over policy toward Libya.

Libya is often seen as a proxy conflict for regional powers, with Haftar’s LNA receiving backing from the United Arab Emirates and Egypt, and to a lesser extent Russia.