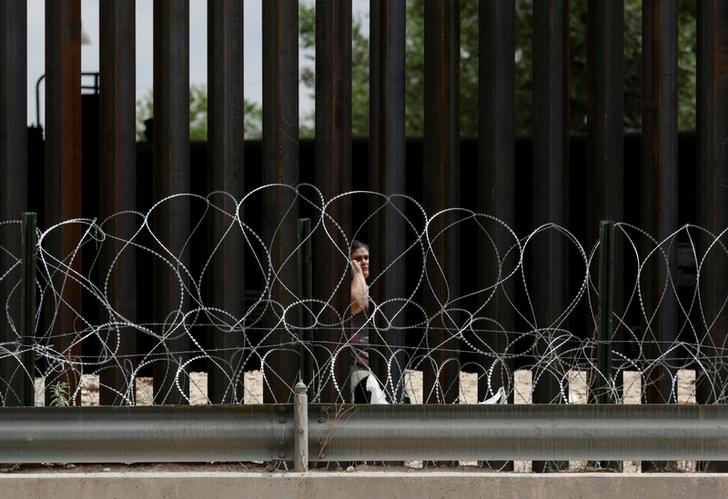 A migrant woman is seen through the border fence after crossing illegally into El Paso, Texas, U.S., as seen from Ciudad Juarez, Mexico July 16, 2019. REUTERS/Daniel Becerril

(Reuters) – The U.S. Supreme Court last week allowed a Trump administration rule to temporarily take effect that will radically reduce the number of migrants eligible to seek U.S. asylum. Judges and asylum officers are now being directed to implement it.

Immigration is central to U.S. President Donald Trump’s agenda and the government has said the new rule will reduce fraudulent asylum claims, while immigrant advocates say it risks returning vulnerable migrants to danger and even death.

The legal challenges against the rule are ongoing – in courts in California and Washington D.C. – but the long process to decide whether it is unlawful will likely continue past the 2020 elections, legal experts say.

In the interim, tens of thousands of asylum claims are likely to be denied. The following explains how that could happen.

Some migrants head to a legal port of entry to ask border agents for asylum, but since only a few are let across each day, long wait lists have formed. Other migrants cross the border illegally and turn themselves in to the first agents they see to ask for refuge.

Under the typical process, asylum seekers are given an interview with a U.S. asylum officer to determine if they have a “credible fear” of persecution in their home country.

If they pass that initial screening, they face an immigration judge who decides if their asylum claim has merit – a process that can take months or years because of huge court backlogs.

Some migrants are detained during the wait, but many are released on bond or parole into the United States.

This year, however, the Trump administration adopted a new policy called the “Migrant Protection Protocols,” which skips the initial “credible fear” screening and sends some migrants to wait in Mexico during the U.S. court process.

So far about 42,000 migrants have been returned to Mexico under the rapidly expanding policy that began on Jan. 29.

That is only about 6% of the roughly 680,000 migrants who crossed the U.S. southern border from February through August this year.