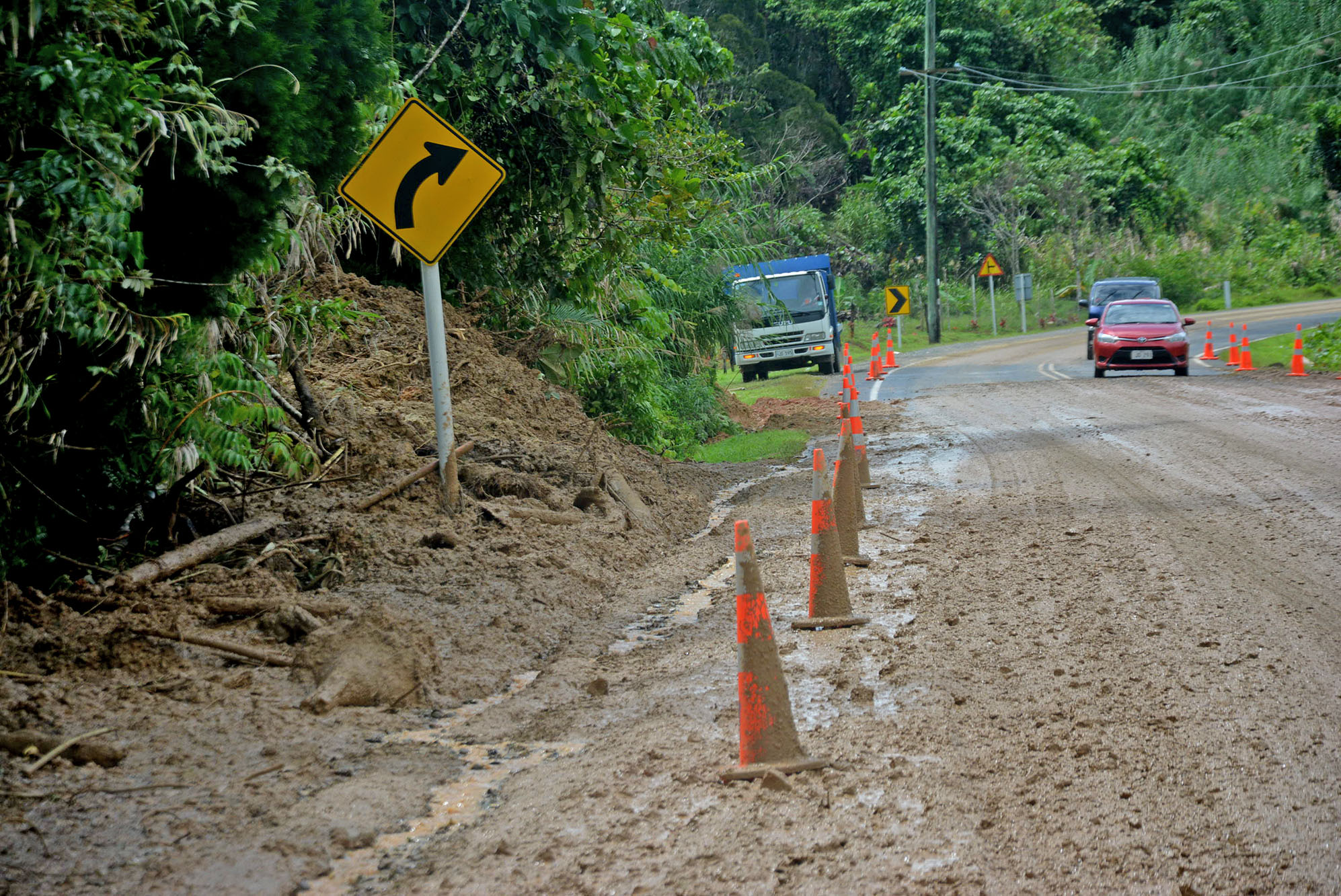 FLOODING near Navua and a landslide along the Queens Rd at Talenaua brought traffic to a standstill for about three hours early yesterday morning.

The Fiji Times delivery truck ferrying newspapers to the Western Division was caught in the middle of the storm.

Driver Amit Kumar said rain was falling so heavily that visibility was a concern.

“We normally leave The Fiji Times factory in Suva at 11.30pm and arrive at the West Bureau by 4.30am,” he said.

“Today (yesterday) we arrived at the Lautoka office at 8am even though we left Suva at the normal time.

“We had to be very careful past Navua because there was about one foot of water across the road.

Meanwhile, director of meteorology Misaeli Funaki said yesterday chances of flash flooding in low-lying areas was high around the country as the soil was saturated and any heavy downpour would lead to run-off.

He also said the chances of landslides were high because of the saturated ground conditions.

The weather director said people should expect periods of rain with heavy falls and squally thunderstorms over the Northern Division — Vanua Levu, Taveuni and nearby smaller islands, Eastern Division — Lau and Lomaiviti groups and the Central Division — especially the eastern and interior parts of Viti Levu.

The inclement weather were expected to affect Fiji until Wednesday (24/04).