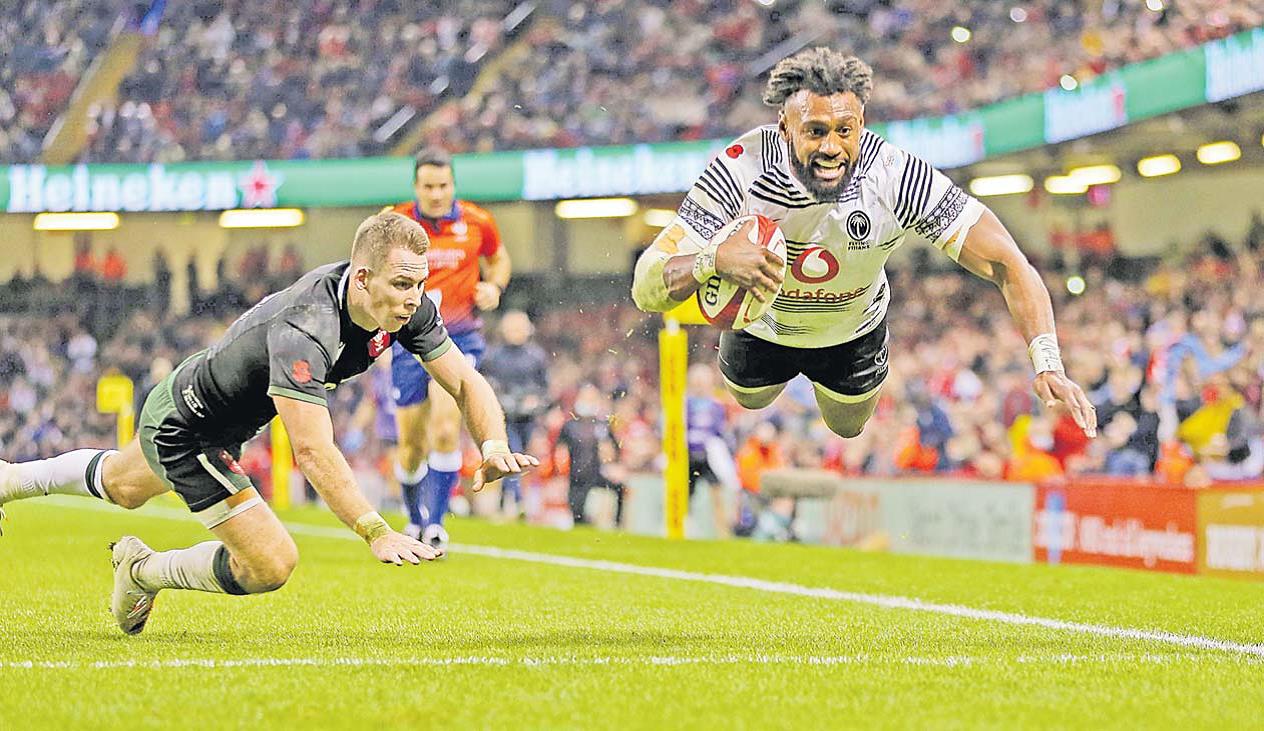 Ireland and England made a massive statement as they made the All Blacks and Wallabies look like amateurs.

With the final round of international Tests kicking off this weekend, one can expect fireworks with the quality of Test matches.

Last weekend, Argentina outscored Italy by five tries to one as they returned to winning ways, after seven successive losses, including a winless Rugby Championship campaign, with a 37-16 win at the Stadio Communale Monigo.

The Springboks maintained their rhythm and winning form against the Six Nations giants after they subdued a spirited Scotland side to win 30-15.

The biggest Test of the round lived up to expectations, but it was Ireland who stole the show as they hammered the All Blacks 29-20 and claimed a pulsating win.

Owen Farrell kicked five penalties and two conversions for England after missing the opening match of the autumn, while Freddie Steward and Jamie Blamire grabbed tries, and Marcus Smith added two conversions to help the Roses to a dogged 32-15 win over Australia at Twickenham. The Les Bleus laboured to a 41-15 win over The Lelos.

They lacked their usual precision, but prevailed thanks to six tries. Finally, Alex Cuthbert scored a crucial late try as Wales struggled past Fiji and despite facing 14 men for 56 minutes and 13 men for 20 of those minutes, the Dragons went on to beat Fiji 38-23 in Cardiff.

Thus, it’s a pleasure to take readers through a preview of this weekend’s Tests thanks to Sky Sports, MSN, The Daily Telegraph and The Guardian.

Uruguay will be close to full-strength for their final Test match. The Los Teros take-on Italy to conclude what has been a busy and highly successful rugby year.

Uruguay started with a Test against Romania in Verona. From there they faced Italy A in a non-capped contest, and this match will serve as a preview of the historic clash between the teams at the 2023 RWC.

Uruguay qualified, going undefeated in the South American qualifiers and then defeated USA in a two match series on aggregate.

Italy lost to the All Blacks and Pumas, but the Azzurri has enough power and armory to beat the Los Teros at home.

Scotland was beaten 30-15 by the Springboks. The Bravehearts led 10-8 at half time, but they were overpowered in the second 40 minutes.

A week earlier Scotland hosted an in-form Wallabies side, and they edged the visitors in a tight contest 15-13. Scotland led 7-3 at half time and it was nip and tuck throughout the second half.

Hamish Watson and Ewan Ashman scored Scotland’s tries. Scotland also delivered a 60-14 win over Tonga where they scored 10 tries.
Japan, on the other hand, beat Portugal 38-25 last week and they will view this as an opportunity to make up for a 60-5 hiding at the hands of Ireland in Dublin a week earlier.

On their way to Europe, Japan hosted Australia and they were beaten 32-23. The most recent meeting came in the pool stage of the 2019 RWC in Yokohama, a game that the Brave Blossoms won 28-21 to clinch top spot in their group and kick Scotland out from pool play.

Both the sides are unbeaten heading to this cracker and Eddie Jones’ men are going to be tested at home by the Springboks who are capable of creating an upset.

South Africa will want to end 2021 on a high note and on number one spot.

The usually ruthless All Blacks were second best in their 29-20 loss to Ireland in Dublin as they struggled to get into their attacking stride.

They had no counter to Ireland once the home side was on a roll, which brought up the question of whether they have the ability to change their style of play away from the expansive game to something more like traditional Test rugby.

Just like Ireland, France has the ability to stretch the All Blacks as well. Furthermore, stopping playmaker Antoine Dupont, and starving the scrum-half of quick ball, will be the key to winning the battle.

The Les Bleus have dynamic ball carriers with good footwork who can offload, and they have exciting attacking guys out wide too.

Hence, the visitors will need to stay calm to beat the frenetic French outfit. The first encounter between the Les Bleus and All Blacks was played during the historic 1905-1906 All Blacks tour of Europe and North America which was also France’s first Test.

It took place in Paris in January 1906 and was won by the visitors 38-8. It was not until their third meeting in 1954, that France secured their first win over the ABs 3-0.

Wales faces Australia in their fourth and final fixture of the Autumn Internationals. Wayne Pivac’s men will be hoping to replicate their success. I’m predicting the Wallabies to win.

Ireland will welcome Argentina to the Aviva Stadium as Andy Farrell’s side look to complete this month’s superb autumn international with a win.

Farrell’s side turned in an utterly dominant performance to see off the All Blacks at the Aviva as Caelan Doris turned in a performance of the ages to secure the famous 29-20 win.

In front of a home sell-out crowd for the first time since February 2020, Ireland stunned the All Blacks who were unable to keep up with an incredible performance.

Tries from James Lowe, Ronan Kelleher and Caelan Doris sent Ireland on their way to their third win in five years against the southern hemisphere giants.

Argentina comes into the game after seeing off Italy with a commanding 37-16 win against the Azzurri.

That win in Treviso came after they lost away to France in narrow fashion, losing 29-20 to the French at the Stade de France.

The largest winning margin of 23 points was recorded in the meeting of their 2015 RWC quarter-final when Argentina won 43-20.

Hence, it’s time to enjoy the last bit of 15s rugby before the Dubai 7s kicks off next weekend.

The English Premier League re-convenes after the international break, while the evergreen football commentator Raymond ‘The Great’ Stoddart will be entertaining football fans with his solid commentaries.

Sports has re-convened and it’s pleasing to see the rivalry between the football and rugby teams and their fans.