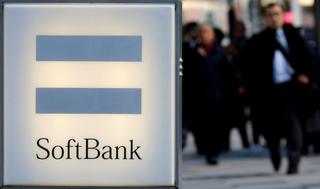 SoftBank has come under increasing U.S. scrutiny over its ties to Chinese firms in the face of an escalating trade and technology war between Washington and Beijing. It is in the process of raising its second $100 billion investment vehicle, dubbed Vision Fund, after deploying its first one of equal size.

The Committee on Foreign Investment in the United States (CFIUS), which reviews deals for potential national security concerns, approved the investment based on fresh assurances that Cruise’s technology would be completely off limits to SoftBank, a source familiar with the matter said.

A SoftBank spokesman declined to comment. The Treasury Department, which leads CFIUS, did not respond immediately to a request for comment.

The approval unlocks a seat for SoftBank on Cruise’s board, formalizing its oversight, and cements key financing for Cruise, which has raised $7.25 billion in capital since last year, the company said.

“Today’s news is another important step toward achieving our goal to develop and deploy self-driving vehicles at massive scale,” Cruise CEO Dan Ammann said in a statement to Reuters.

However, approval for the deal did not always appear certain as CFIUS scrutinized it closely, according to two people close to the deal.

The $2.25 billion investment was unveiled by SoftBank in May 2018 amid a wave of investments by the Japanese technology and telecommunications conglomerate in artificial intelligence, data analytics, financial services and self-driving cars.