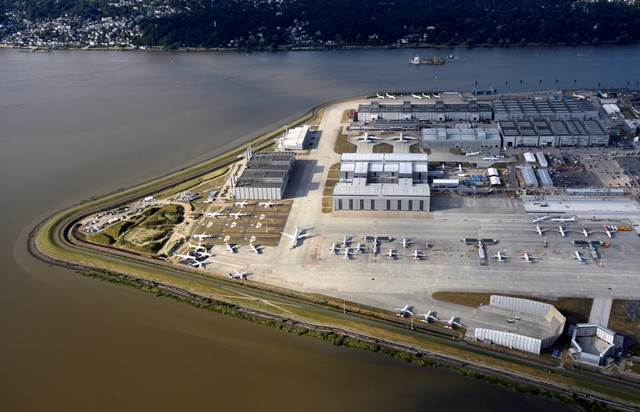 PARIS (Reuters) – For two years Airbus faced a shortage of engines and had to slow jet deliveries. Now engines are arriving fast – but fresh snags mean a Hamburg plant that assembles best-selling jets is having trouble absorbing them, industry sources said.

The internal snags have exacerbated delivery delays that leave Airbus with the challenge of delivering 76 single-aisle planes per month in the last quarter, according to consultants Flight Ascend, 9.6 percent more than its previous record.

Airbus is working flat out to maintain this year’s target of 800 total aircraft deliveries needed to meet financial goals and single-aisle assembly lines are its most important cash cow.

“They’re late; everyone is mad at them. They’ve been hiding behind the engine problems,” a senior aircraft buyer said, referring to the tendency of supply chains to focus on the most visible laggards without always tackling problems in waiting.

Other industry sources say Hamburg may not be the immediate source of the problem, but that this facility has felt the worst impact in Airbus’s global jigsaw of assembly plants because it is introducing a new version of A321 just as production is running faster than ever.

That illustrates a wider challenge as planemakers struggle to introduce new models and fix technical issues without pausing record output increases – a task some compare to taking the steepest hill in a cycle race at a sprint while fixing a tyre.

Deliveries of the A321, a large single-aisle jet mainly made in Germany, spiked higher in May as delayed engines started coming in but slowed down again in September, Airbus data shows.

One of the sources said the Hamburg assembly plant was facing some problems with cabling the jets, stirring memories of cabling problems which plagued the A380 superjumbo a decade ago.

An Airbus spokesman confirmed the customized new A321neo version had “led to some rescheduling of aircraft deliveries,” in combination with pressure from output increases and the queue of jets still waiting to be delivered from the engine crisis.

Despite disruption, Airbus has said it is confident it will meet single-aisle production goals of 60 a month spread across all its factories in mid-2019, up from around 55 now.

Sources say Airbus is also preparing to make capacity of 65 single-aisle jets a month available by the end of next year, though there has been no decision on whether to implement this.

Ultimately, Airbus aims to raise output as high as 70-73 to serve record travel demand and the company says planes offering premium seats like the A321neo ACF will help to drive this.

Still, delays at Hamburg are a headache for new sales chief Christian Scherer as airlines wait for deliveries.

For many airlines, the financial pain is acute since oil prices have bounced back to $80 dollars: exactly the market the A321neo and similar fuel-saving models were designed for.

“Airlines can deal with planes that are off-spec but not ones that are late. They have built a network plan which takes account of new aircraft in the fleet,” Ascend chief consultant Rob Morris said. Boeing has also had some delays.

Insiders say Faury, who has made production the “priority of priorities” for this quarter, will not be replaced as president of commercial jets but may appoint an operations leader.