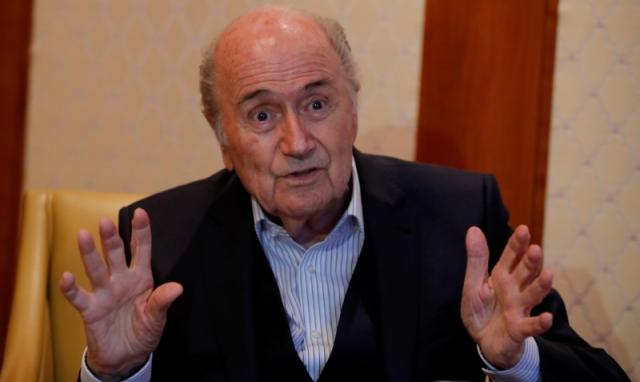 Blatter, who led FIFA for 17 years, is currently serving a six-year ban for unethical conduct after soccer’s world governing body was rocked by a global corruption scandal in 2015.

The ban was imposed shortly after the Swiss attorney general’s office began criminal proceedings against him on suspicion of criminal mismanagement and misappropriation. No charges have yet been brought and Blatter has repeatedly denied any wrongdoing.

His appearance at the World Cup in Russia is potentially embarrassing for FIFA and its new head, Gianni Infantino, who has promised to draw a line under FIFA’s corruption problems and clean up the organization.

Blatter told Reuters in March he had been invited to attend the World Cup by Putin, with whom he has a long-standing close relationship, and he was “honored” to accept.