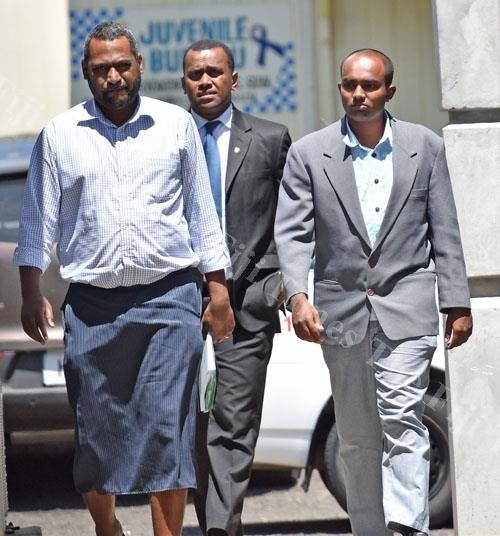 Former acting deputy official receiver at the Ministry of Justice, Viliame Katia (left) has been sentenced to 23 years imprisonment by the High Court in Suva. Picture: FILE

“GREED was your motivation”

High Court in Suva judge, Justice Salesi Temo said this while sentencing the former acting deputy official receiver of the Ministry of Justice, Viliame Katia to 23 years imprisonment who was convicted of 11 counts corruption related offence.

The total amount involved was $4.1 million.

Justice Temo while sentencing Katia stressed that Katia had not explained where the money was or where it was used.

Katia will serve 22 years in prison before he can be released on parole.