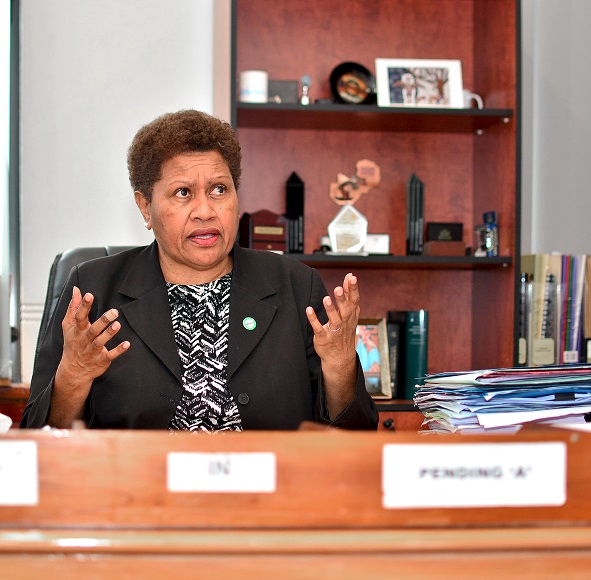 Parliament Secretary General Veniana Namosimalu speaking to the Fiji Times during an interview at her officer in Parliament yesterday. Picture: JOVESA NAISUA

THE evidence to prove the allegation against former Parliament secretariat staff member Iliesa Raiduduva was verbal.

This has been revealed by secretary-general to Parliament Viniana Namosimalua, who also said the proof was when Mr Raiduduva admitted to her during their meeting on September 6, that he had released a copy of the video.

She said the verbal evidence provided to her by the former civil education officer was enough.

Mrs Namosimalua said the video was taken by another staff member who used the Parliament camera to capture the commotion between the two MPs outside Parliament on August 9.

She said she had no choice but to ask Mr Raiduduva to hand in his resignation after their meeting.

“I didn’t have any evidence, but he admitted giving it away. The evidence was verbal, according to what he admitted during our meeting,” she said.

Mrs Namosimalua said Mr Raiduduva, however, did not admit to leaking the video on social media when questioned.

“But the question that he needs to be asked, who did he give it to?”

She said Mr Raiduduva’s name had appeared during inquiries on who allegedly leaked the video on social media.