Evidence ‘did not fit’ 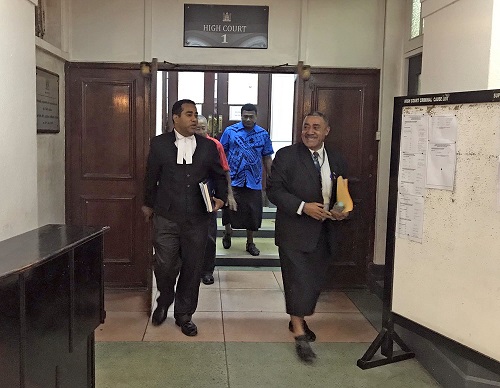 The evidence did not fit the case that needs to be proved by the prosecution, says lawyer Filimoni Vosarogo.

He said this while making his closing submissions in the trial of Opposition MP Ratu Suliano Matanitobua by the Fiji Independent Commission Against Corruption (FICAC) in the Anti-Corruption Division of the High Court in Suva on Monday.

Mr Vosarogo said FICAC did not provide in the charge where they say Ratu Suliano’s true place of residence other than Namosi Village.

He also said it was a mismatched account where Ratu Suliano was alleged to have committed an act contrary to the law in stating his permanent address as Namosi Village in the MP declaration form (MPDF) and to have been capable of criminal knowledge at the time of the commission of the offence.

“The evidence that the prosecution proposed to establish the guilty mind did not come until 10 days later on December 5, 2018,” he said.

“For a defined declarant found to have provided false information by a statutory declaration, offences such as perjury are the likely charge.

“In this case, the prosecution has chosen to charge under false information but the document they suggest has legal binding effect falls short of the necessary evidential threshold.”

Mr Vosarogo said Ratu Suliano being the Vunivalu na Tui Namosi meant that his permanent address was where his people were and the defence of his chiefly status was not one available to Niko Nawaikula and as such, the court must consider that when deciding on the issue of permanent residence.

Mr Aslam said all Fijians had equal status and identity under the Constitution and the constitutional provisions must stand.

He said nobility conflicted with equality when it came to the rule of law and that tradition was different from law.

He also said if the four “less privileged” witnesses who gave evidence on Ratu Suliano’s permanent residence could understand that Namosi Village was not his permanent address, “then why did he still believe he lived there”.

Mr Aslam said with the purported defects in the MPDF, Ratu Suliano could have been honest about where he lived as an honourable member of Parliament.