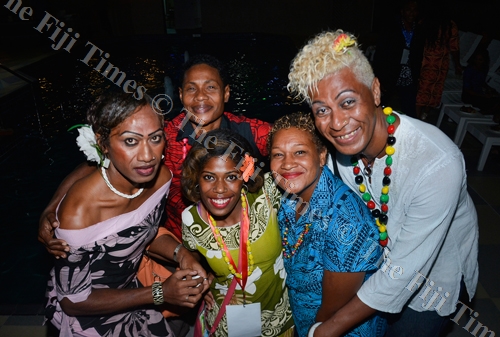 DISCRIMINATION and harassment endured by members of the lesbian, gay, bisexual, transgender, queer and intersex (LGBTQI) community is still eminent in society.

Rainbow Pride Foundation (RPF) executive director Isikeli Vulavou claimed because of their sexuality or gender identity, many Fijians were separated from family and friends, harassed in the workplace or on the sporting field, abused by their neighbours or assaulted on the streets.

As the world prepares to mark International Day Against Homophobia, Transphobia and Biphobia (IDAHOTB), advocates in Fiji are preparing to mark the event by raising awareness on the challenges faced by the LGBTQI community.

“Inequalities and exclusion also impedes sustainable human development and as such there is a need to reduce inequalities and end exclusion for all those left behind. “This means creating enabling legal and policy environments that will end all forms of stigma and discrimination and advance the rights of all people including LGBTQI people,” he said.

Mr Vulavou said IDAHOTB was an important opportunity to display the vibrancy of the LGBTQI community and the organisation’s commitment to fighting for equality and acceptance.

“This year’s IDAHOTB theme is ‘Alliances for Solidarity’, recognising the importance of solidarity and alliances, in the work to highlight the struggles, celebrate the achievements and continue to press for change, of hearts and minds towards people of gender and diverse sexual minorities.

“We will be highlighting recent RPF research, the discussions and activities shedding light on the overlapping dimensions of exclusion LGBTQI people face based not only on their sexual orientation or gender identity, but also on other identities such as their ethnicity, religion or social status.”

Yesterday the foundation marked the event in Lautoka.