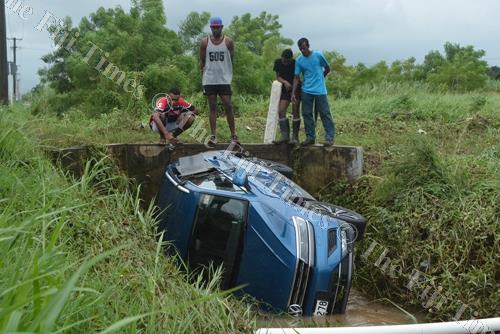 Lovu residents look at a car stuck in a drain after be swept away by strong currents due to flooding in Lautoka. Picture: REINAL CHAND

NDMO director Anare Leweniqila said for Nadroga, Nadi and Lautoka the 18 evacuation centres were opened around midday yesterday and people wasted no time in securing their belongings and moving into the centres.

As of 5pm yesterday, the NDMO was yet to receive word from its officials on the ground in Ba and Rakiraki on how many evacuation centres were active in the area.

“We are urging members of the public to move to the evacuation centres while there is still daylight, it will be much easier and safer for them,” Mr Leweniqila said.