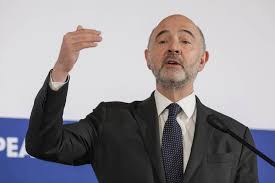 PARIS (Reuters) – European Tax Commissioner Pierre Moscovici on Monday said he was convinced Britain would not crash out of the EU on April 12 without a divorce deal, though Prime Minister Theresa May must first persuade leaders a delay would be useful. “The British parliament doesn’t want no-deal. We don’t want it, it’s the […]