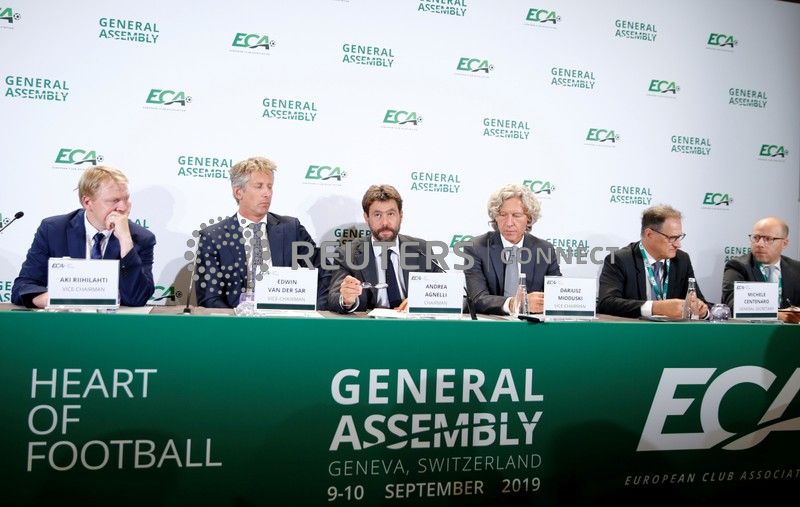 BERN (Reuters) – The novel coronavirus pandemic is likely to cost Europe’s top-flight football clubs around 4 billion euros (3.59 billion pounds) in lost revenue, a study published by the association which represents them said on Tuesday.

The analysis by the European Club Association (ECA) also warned that the biggest losses would be felt next season, even if it is played in full.

“The financial impact of COVID-19 on European clubs, as far as we can see now, is already a seismic shock, even with most competitions up and running again,” said ECA chief executive Charlie Marshall.

“The financial impact does not stop when the game resumes. Rather, it will continue into the next season and we must take measures to create a more sustainable football industry in the long run.”

European football was brought to a near standstill in March and, although many leagues restarted last month, most had to do so without spectators. This was a particular blow in smaller leagues where clubs are more dependent on gate receipts for their income.

There are more than 700 first division clubs in Europe’s 55 national associations although a recent study by European soccer’s governing body UEFA showed that the top 30 of them rake in nearly half of the total revenue.

Marshall said the upcoming transfer window would provide an indication of the state of football’s health but that clubs and leagues should take the opportunity to build more sustainably for the future.

“This is imperative as we are still living with COVID-19 and, if nothing else, we have learned that being flexible and prepared for unpredictability is part of our future,” he said.