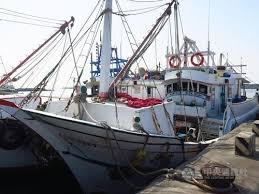 TAIPEI, 01 JULY 2019 (CENTRAL NEWS AGENCY) – The European Union removed Taiwan from its illegal fishery watch list Thursday, an acknowledgment of the progress made by the country and its improved administrative systems to combat illegal, unreported and unregulated fishing (IUU).

The EU decided to lift the yellow card to recognise Taiwan’s reforms put in place over the past three and a half years to tackle IUU fishing, the European Commission said in a statement issued Thursday.

“The EU’s dialogue with Taiwan has shown again that international cooperation is a key driver towards healthier ocean management,” Vella said.

In October 2015, Taiwan was placed on the EU watch list for insufficient cooperation in combating illegal, unreported and unregulated fishing. Since then, the European Commission and Taiwan have engaged in three and a half years of intense cooperation and dialogue.

“As a result of that cooperation, Taiwanese authorities now have a broad range of modern and efficient tools to fight IUU fishing in place,” the statement said, noting that Taiwan has also reinforced obligations imposed on Taiwanese operators owning fishing vessels flagged to third countries.

“I have witnessed the hard work Taiwan has put in to improve the overall fishery regulations and management system to combat IUU fishing,” said Madeleine Majorenko, head of the European Economic and Trade Office (EETO) — the EU’s representative office in Taiwan.

“The combat of IUU fishing is a long battle, and the lifting of the yellow card today is not the end,” she said.

“Instead, it marks the beginning for Taiwan to fulfill its commitments to ensure the sustainability of the ocean.”

“We succeeded in protecting Taiwan’s NT$40 billion (US$1.2 billion) worth of annual fishery exports,” Tsai wrote on her Facebook page Thursday.

Because Taiwan was placed on the fishery watch list, some international buyers were unwilling to import fishery products from us, she said, adding that the hard work and perseverance of the government, local fishery associations and businesses have safeguarded Taiwan’s fishery industry.