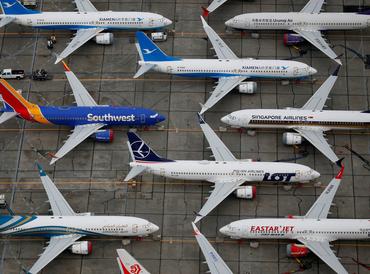 PARIS (Reuters) – Europe’s aviation safety regulator believes the Boeing 737 MAX is safe after a lengthy safety review and expects to clear the aircraft for commercial flights in January, its top official said in remarks broadcast on Saturday.

“We wanted to carry out a totally independent analysis of the safety of this aircraft, so we performed our own checks and flight tests,” Patrick Ky, executive director of the European Union Aviation Safety Agency (EASA), told the Paris Air Forum.

“All these studies tell us that the 737 MAX can return to service. We have started to put in place all the measures,” he said. “It is likely that in our case we will adopt the decisions allowing it to return to service some time in January.”