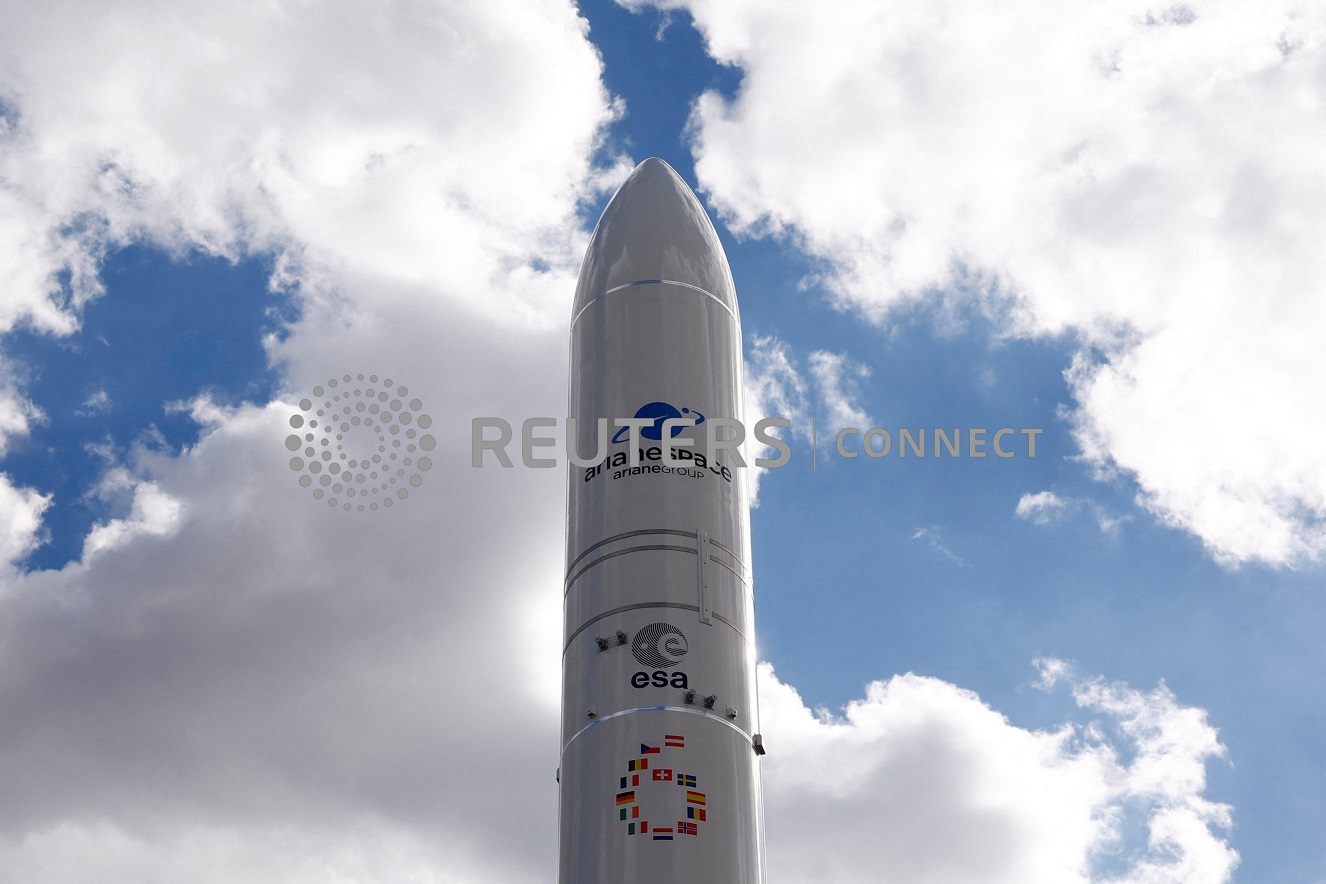 Logos of ArianeGroup and the ESA (European Space Agency) are seen on a rocket model at the entrance of the International Astronautical Congress (IAC) space exploration conference in Paris, France, September 19, 2022. REUTERS/Christian Hartmann

PARIS (Reuters) – European ministers are meeting in Paris to negotiate a more than 25% funding boost for space over the next three years as Europe seeks to maintain a lead in Earth observation, expand navigation services and remain a key partner in exploration.

The European Space Agency is asking its 22 nations to back a budget of 18.7 billion euros for 2023-25, up from 14.5 billion euros at its last triennial summit in 2019, against a backdrop of pressure on public finances as well as the war in Ukraine.

“There are lots of views in the member states….and willingness to find the way forward,” Anna Rathsman, who chairs the agency’s council, said on the eve of the Nov. 22-23 talks.

Days after the uncrewed launch of NASA’s new moon rocket carrying a European service module, the Paris gathering will review plans for a new logistics lander for the moon, Argonaut.

Ministers will seek to close a narrow funding gap for Ariane 6 rockets and discuss the future of emerging micro-launchers.

ESA nations will also discuss a “zero-debris” approach to space at a time when the Ukraine conflict has highlighted the rapid expansion of constellations such as SpaceX’s Starlink.

Although rare, such tests have fuelled concerns about the militarisation of space which sits uncomfortably alongside commercial and other peaceful uses for space, without which Aschbacher told Reuters “society would crumble”.

Even without such threats, the sheer number of satellites and fragments of debris in low Earth orbit raises concerns.

“There will be accidents; this is to be expected … The question is how much energy is put into avoiding accidents,” Aschbacher said.

“It’s a problem for everyone; I think first and foremost for those who operate large constellations … This is an issue that needs to be tackled at a global level with everyone involved.”

Europe is meanwhile aiming to improve its share of the commercialisation of space, currently dominated by U.S. firms such as SpaceX.