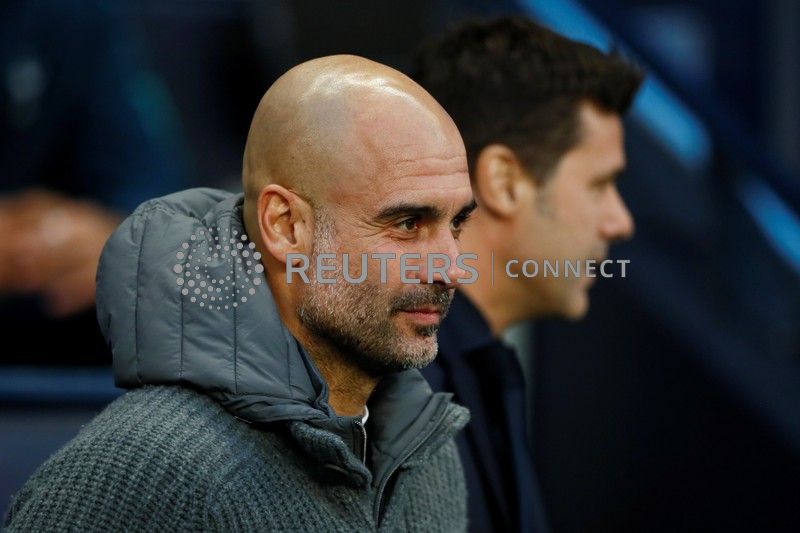 (Reuters) – Pep Guardiola does not expect Liverpool to be affected by their Champions League semi-final defeat by Barcelona as they resume the battle for the Premier League title with his Manchester City side.

Juergen Klopp’s men were outplayed in a 3-0 loss at the Nou Camp in the first leg on Wednesday, and travel to Newcastle United in their penultimate game of the league campaign on Saturday.

“I think the game was incredibly good. Both sides were incredible,” Guardiola told reporters ahead of City’s home clash against Leicester City on Monday.

“Liverpool were outstanding. I enjoyed it a lot watching them. They fought a lot.

Leicester will arrive at the Etihad Stadium with Jamie Vardy in fine form, finding the net 11 times in his last 11 league appearances.

“He (Vardy) has done incredible in this league. He’s an incredible striker – his movement, finishing, fighting,” Guardiola added.

“It helps that before Leicester were a counter-attacking team and he could make runs in behind. Now with Brendan Rodgers, they have added another way to play.

“Brendan has shown his incredible qualities as a manager, to have in two months his team play already the way he wants to play. I saw their last three games and I was really impressed. The players know it will be an incredible task for us.”

City know that a win over Leicester, followed by victory at Brighton & Hove Albion on the final day of the campaign will ensure City a second consecutive league title.

Guardiola confirmed playmaker Kevin De Bruyne is out of contention for Monday’s clash. The Belgium midfielder has not featured since suffering a hamstring injury in the 1-0 league win over Tottenham Hotspur last month.

The Spanish manager is also unsure about Fernandinho’s availability for the match, with the Brazilian midfielder still recovering from a knee injury.

“I didn’t speak with the doctors because when they start to go to the training pitch and run, that’s when you realise they are coming back soon. But they are still in the gym,” Guardiola added.