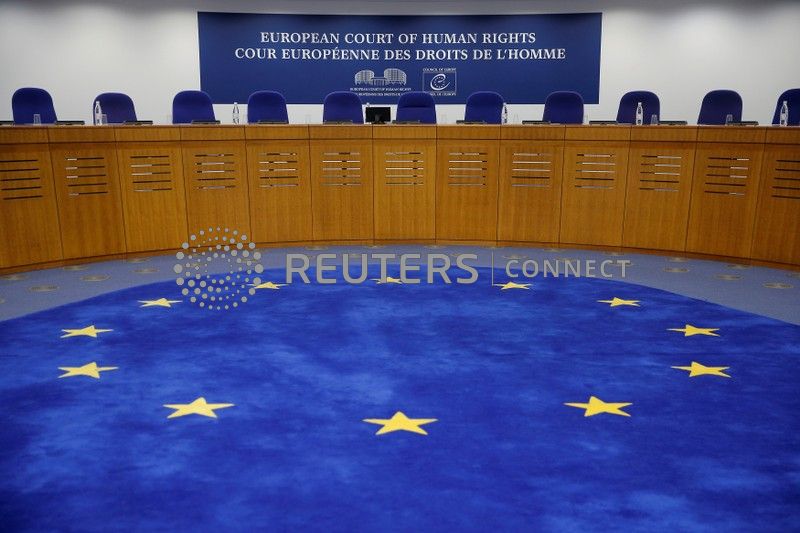 MOSCOW (Reuters) – Russia failed to protect a woman from repeated acts of violence by her former partner, the European Court of Human Rights ruled on Tuesday, saying her case showed that Moscow was not facing up to its domestic abuse problem.

Valeriya Volodina, who now uses a different name for security reasons, was assaulted, kidnapped and stalked by her former partner after she left him in 2015 and moved out of their shared home in the Russian city of Ulyanovsk, the court said.

The police never opened a criminal investigation into violence and threats that she reported to them from January 2016 to March 2018, it said in its statement.

In one such episode, she was forced to have an abortion after he punched her in the face and stomach when she was pregnant. In other incidents, the partner, whom she met in 2014, cut her car’s brake hose and stole her identity papers, it said.

After she moved to Moscow, Volodina discovered a GPS tracker planted in her bag and the former partner, identified only as S., subsequently started stalking her outside her home and attempted to drag her from a taxi.

The court in Strasbourg said Russia’s police had interviewed the partner and carried out pre-investigation inquiries but not opened formal proceedings against him as it deemed that “no publicly prosecutable offence had been committed”.

Russian legislation does not define or mention domestic violence as a separate offence or aggravating element in other offences and there is no mechanism for imposing restraining or protection orders, the court said.

“Those failings clearly demonstrated that the authorities were reluctant to acknowledge the gravity of the problem of domestic violence in Russia and its discriminatory effect on women,” the court said in a statement.

Each year, about 14,000 women die in Russia at the hands of husbands or other relatives, according to a 2010 United Nations report.

Police finally opened a criminal investigation only in March 2018 when the partner circulated photographs of her on social networks without her consent, the court said.

Russia’s Justice Ministry said it had three months to decide whether to appeal against the ruling, but that it would study the findings of the court, Interfax news agency reported.