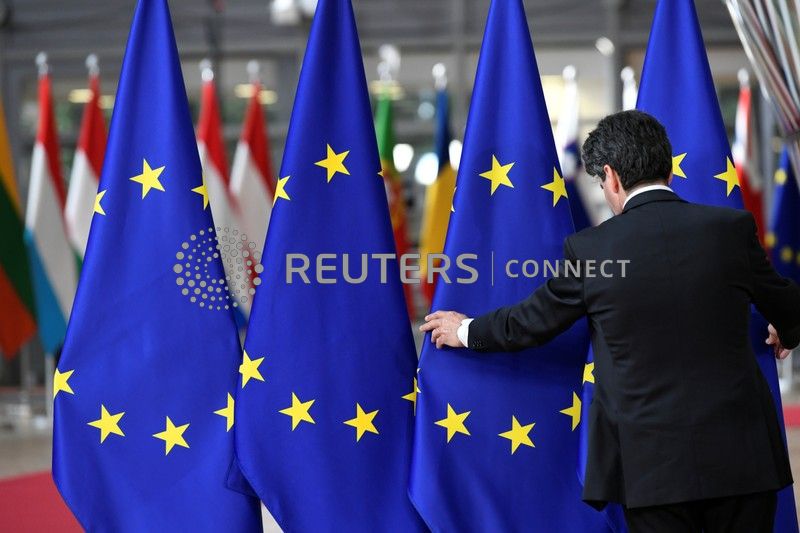 A staff member sets up EU flags ahead of a European Union leaders summit after European Parliament elections to discuss who should run the EU executive for the next five years, in Brussels, Belgium May 28, 2019. REUTERS/Piroschka Van de Wouw/Files

MILAN (Reuters) – The European Union plans to introduce a tax on digital services even in the absence of a global accord on a so-called ‘web tax’, the Commissioner-designate for Economic Affairs Paolo Gentiloni was quoted as saying on Monday.

“My first task will be to see whether it is possible to introduce a web tax at the OECD/G20 level, that is to say at a global level, because that would be the most effective solution,” Gentiloni, a former Italian prime minister, told daily La Stampa.

“The Commission will seek to reach an accord by 2020 but if that’s not possible my mission will be to propose a European web tax … we’re not prepared to wait,” he added.