EU threatens legal steps against Romania over rule of law 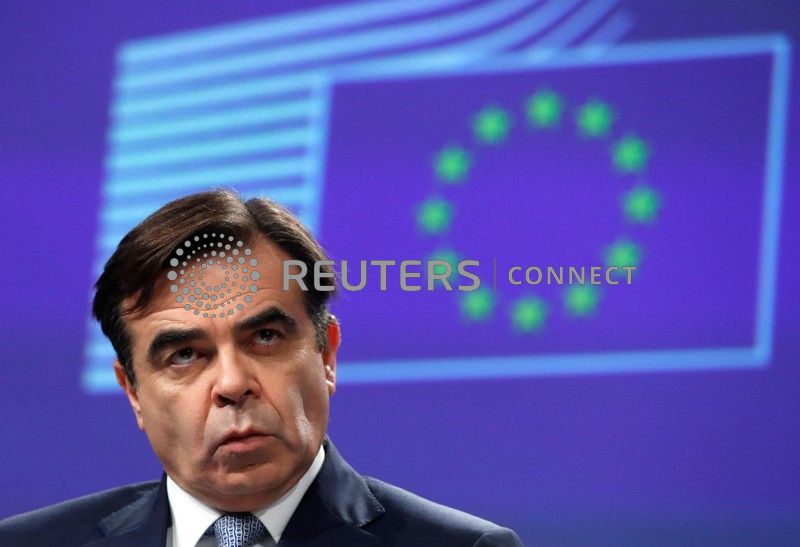 BRUSSELS (Reuters) – The European Commission said on Monday it would take legal action against Romania unless it reversed measures that undermine the independence of its courts and the fight against corruption.

The executive Commission, which is the guardian of the EU treaties, has repeatedly said laws introduced by Romania’s ruling Social Democrats – including moves to reduce statutes of limitation that would close some ongoing graft cases – have reversed decades of reforms.

A Commission spokesman said the warning had been sent to the Bucharest government last Friday in a letter from Commission First Vice President Frans Timmermans.

“The main concerns relate to developments interfering with judicial independence and the effective fight against corruption, including the protection of financial interests of the EU and particularly to the recently adopted amendments to the criminal code that create a de facto impunity for crimes,” spokesman Margaritis Schinas told a news briefing.

“Possible legislation to allow extraordinary appeals would further aggravate the rule of law situation,” he said.

The Commission has already put Hungary and Poland under a special rule of law investigation, which could in theory lead to a suspension of their voting rights in the EU, over moves to bring their courts, media, academic institutions and advocacy groups under tighter state control.

The Commission has also sued Poland in the EU’s top court over changes to the judiciary which give the ruling party in Warsaw substantial control over the courts.

Schinas said similar action would be taken against Bucharest unless it addressed the bloc’s objections.

Romania has been pushing to become a member of the EU’s passport-free Schengen travel area, but Schinas signalled this might not happen if Bucharest ignored the rule-of-law concerns.

A senior EU diplomat, speaking on condition of anonymity, was more explicit about the penalties Romania might face and that they could include loss of EU funds.

“The Romanian coalition government is systematically undermining the rule of law for the sole purpose of saving corrupt political leaders from prison,” the diplomat said.

“If Bucharest continues on this dangerous path, taking part in the Schengen travel free area will remain a pipe dream. Infringement of the rule of law will endanger the distribution of more than 30 billion euros in cohesion funds earmarked for Romania in the draft EU budget for the years following 2021.”