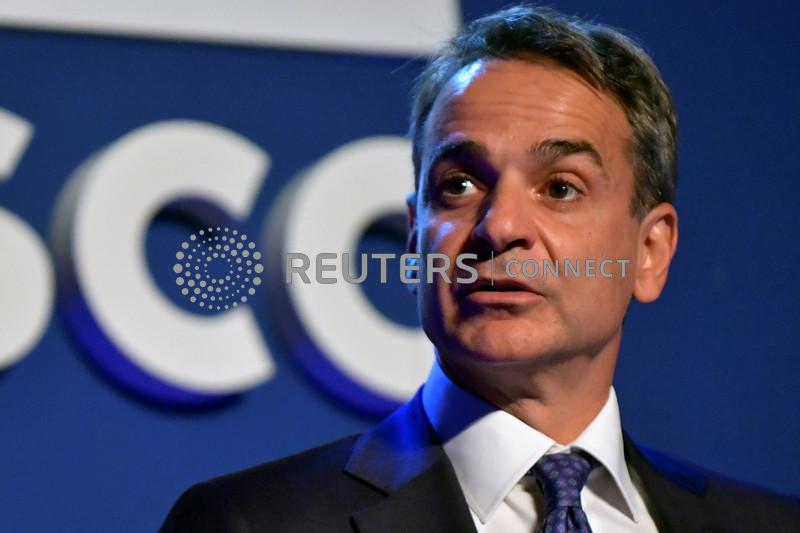 ATHENS (Reuters) – Greek Prime Minister Kyriakos Mitsotakis proposed on Wednesday that the EU’s executive arm make having a booster shot against COVID-19 a condition for some Europeans to travel freely across the bloc, amid a resurgence in infections.

Data from a large study released by Pfizer Inc and German partner BioNTech SE has shown that a booster dose of the COVID-19 vaccine developed by them was 95.6% effective against the coronavirus when compared with a vaccinated group that did not get the third shot.

The European Centre for Disease Prevention and Control (ECDC), the EU public health agency, has also recommended vaccine boosters for all adults, with priority for those aged over 40, in a major shift of policy.

In a letter addressed to European Commission head Ursula von der Leyen, Mitsotakis proposed that the third dose of the COVID-19 vaccine be considered as a condition of safe travel within the European Union for European citizens over 60 years old.

He said this should be reflected in a European digital certificate, a proof of vaccination used by EU citizens to travel freely within the bloc.

“Such a policy initiative will help our health systems to … sustain control over the virus and pandemic without moving to new horizontal restrictions that would put in jeopardy the recovery of our economies,” Mitsotakis wrote in the letter.

Greece has been relying on tourism for a fifth of its output and its economy has been recovering strongly this year after a dismal 2020 thanks to higher tourist inflows this summer following the lifting of most COVID restrictions.