EU plans for own retaliation in aircraft dispute with U.S 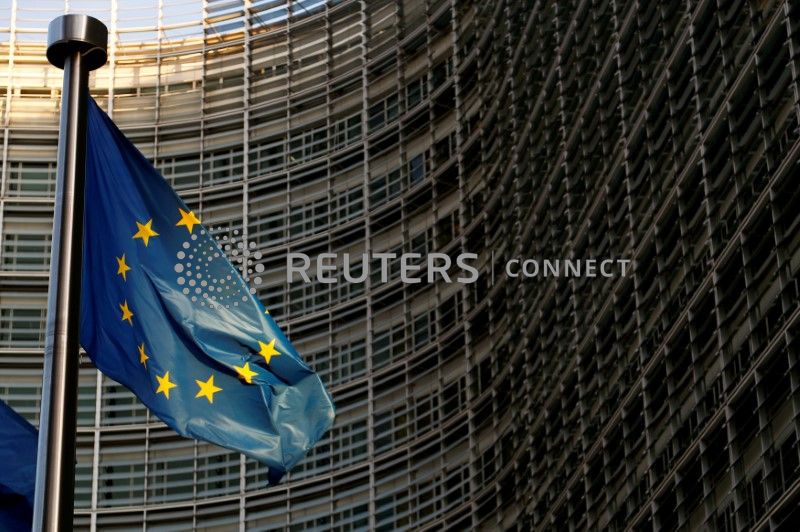 BRUSSELS/PARIS (Reuters) – The European Union has begun preparations to retaliate over Boeing subsidies, an EU official said on Tuesday, a day after Washington listed EU products it plans to hit with tariffs in their aircraft dispute.

The U.S. Trade Representative on Monday proposed a range of EU products ranging from large commercial aircraft and parts to dairy products and wine to target as retaliation for subsidies given to Airbus.

A European Commission source said on Tuesday the level of proposed U.S. countermeasures was “greatly exaggerated”, adding the amount of retaliation could only be determined by a World Trade Organization arbitrator.

“In the parallel Boeing dispute, the determination of EU retaliation rights is also coming closer and the EU will request the WTO-appointed arbitrator to determine the EU’s retaliation rights,” the Commision source said, adding the Commission was preparing so that it could take action after the arbitrator’s decision.

Airbus said it saw no legal basis for the U.S. move and warned of deepening transatlantic trade tensions.

The European Union is already facing U.S. tariffs on its steel and aluminium exports and U.S. President Donald Trump has repeatedly threatened to hit EU cars with punitive duties.

“When I see the situation global growth is in, I don’t think we can afford to have a trade conflict even if only on the specific issues of the aircraft industry in the United States and Europe,” he said.

The two sides are closing in on the climax of a record subsidy dispute that has been grinding its way through the WTO for almost 15 years.

Both sides have won partial victories in claiming Airbus and Boeing received unlawful subsidies but disagree on the amount involved and whether each has complied with earlier WTO rulings.

At 0950 GMT, Airbus shares were down 1.6 percent. Airbus suppliers such as Safran and Leonardo lost between 1.0 percent and 1.2 percent. MTU Aero Engines was 2.5 percent weaker and Rolls-Royce down 1.3 percent.

“Get ready for more tit-for-tat scrapping to follow,” said John Woolfitt of London brokerage Atlantic Markets. The WTO ruled last year that the European Union had failed to remove illegal subsidies for two aeroplane programmes, the A350 and the A380.

The two sides are now in arbitration to decide the size of any countermeasures.

Airbus said it had taken measures to comply with the “relatively minor” elements outstanding regarding subsidies it had received.

German engineering lobby group the VDMA, which represents major exporters, said the European Union should swiftly move to negotiate a free trade agreement with the United States. “Punitive tariffs are no solution to the problem; they only lead to a spiralling isolation,” Ulrich Ackermann, the VDMA’s head of foreign trade, said in a statement. Germany is particularly apprehensive of possible U.S. tariffs on car imports. The United States is a major market for Volkswagen, Mercedes maker Daimler and BMW. Moody’s said on Tuesday potential U.S. tariffs on imported autos and parts represented a significant risk to global growth and would hinder economic momentum in Germany, Japan and Korea.