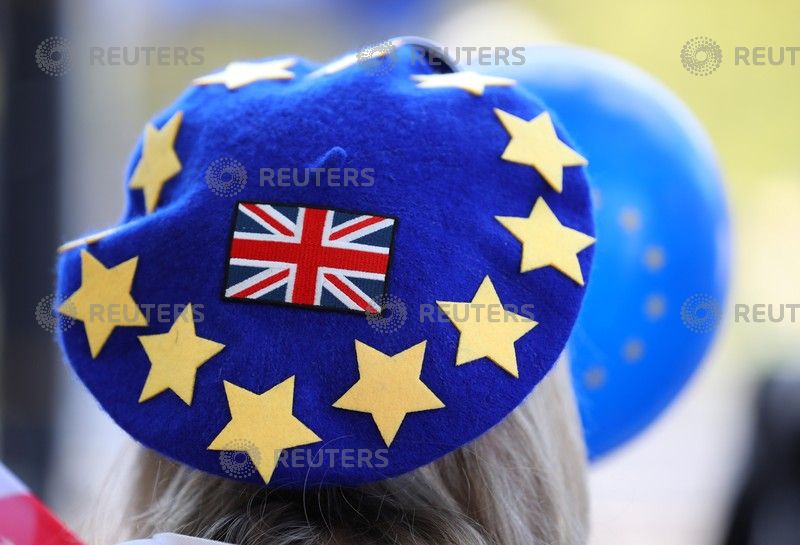 A protester wears a beret before an anti-Brexit demonstration, in central London, Britain October 20, 2018. REUTERS/Simon Dawson

LONDON (Reuters) – A senior European Union negotiator has poured cold water on hopes that a Brexit divorce deal could be reached within three weeks, Britain’s Daily Telegraph reported on Thursday.

Brexit minister Dominic Raab said in a letter to a lawmaker published on Wednesday that he expected a deal to be finalised by Nov. 21, but his department later said that there was no set date for EU negotiations to end.

Sabine Weyand, the deputy of EU negotiator Michel Barnier, Sabine Weyand was reported by the newspaper to have told EU diplomats at a meeting in Brussels that “nothing new” had emerged from talks this week with Prime Minister Theresa May’s Brexit adviser Olly Robbins.