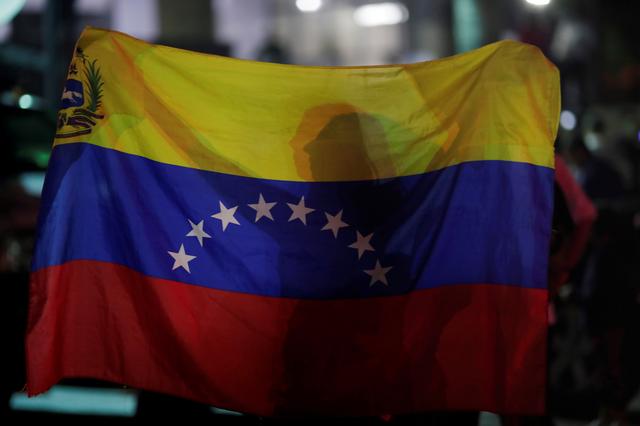 FILE PHOTO: A woman holds a Venezuelan flag while participating in a candlelight vigil held for victims of recent violence in Caracas, Venezuela May 5, 2019. REUTERS/Ueslei Marcelino

CARACAS (Reuters) – The European Union has sent a mission to Venezuela in the run-up to parliamentary election scheduled for December, the EU said on Thursday, as the country prepares for a vote that will likely be boycotted by much of the population

Dozens of opposition parties are refusing to participate in the vote on the grounds that it is rigged in favor of the ruling Socialist Party, though one group within the opposition has said it is seeking better conditions for possible participation.

“An EU mission is in Caracas this week to have contacts with all stakeholders (including all main political forces, civil society, academia, the private sector and the church),” an EU spokesperson said in an email.

“This mission takes place in the context of the ongoing … efforts to promote minimum democratic conditions ahead of legislative elections.”

The EU said it has received an invitation to observe the elections in Venezuela in December, but said President Nicolas Maduro’s government so far has not met “minimum conditions” to allow it to do so.

Maduro responded that it would be “impossible” to delay the vote. {nL1N2GF00T]

European nations have broadly disavowed the government of Maduro on the grounds that his 2018 re-election was fraudulent and have instead recognized opposition leader Juan Guaido as Venezuela’s rightful head of state.

The legislature has been controlled by the opposition since 2016 following a landslide victory the year before, but the pro-government supreme court has blocked nearly every piece of legislation it has approved.

The United States has launched a broad sanctions program against Maduro in efforts to force him from office.

Maduro says the sanctions are illegal and harm the country’s population by limiting the government’s capacity to import food and fuel and restricting its capacity to earn export revenue from oil sales.