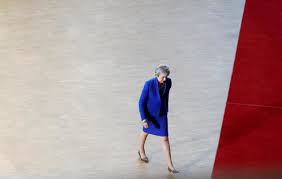 BRUSSELS (Reuters) – EU leaders agreed on Thursday to delay Brexit until the end of October, with a review in June, diplomatic sources told Reuters. The 27 EU leaders agreed their joint stance during talks in Brussels and their chairman, Donald Tusk, has now taken it to the British Prime Minister Theresa May for her […]