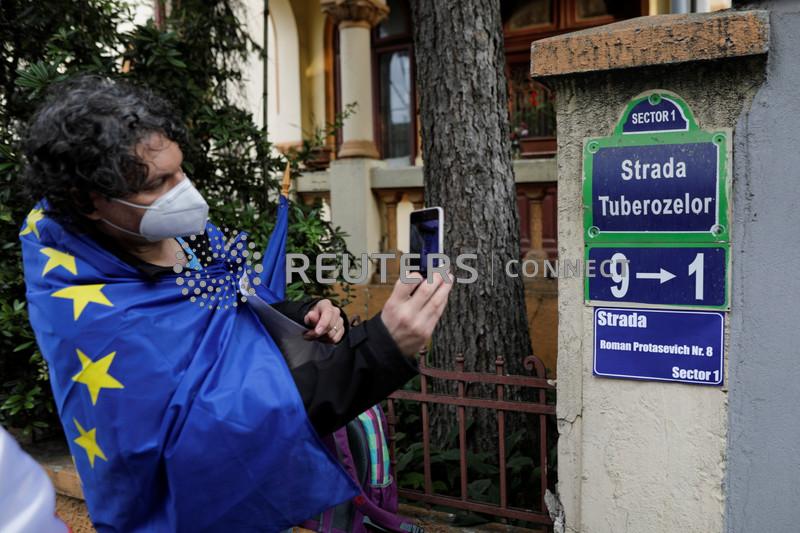 FILE PHOTO: A man draped with the EU flag uses his mobile phone to take pictures of a replica of a street sign that reads "Roman Protasevich Street", glued just below the official street sign outside the Belarus embassy building, in Bucharest, Romania, Sunday 30 May 2021. Inquam Photos/George Calin via REUTERS

BRUSSELS (Reuters) – The European Union has extended ‘Roam-like-at-home’ regulations for telecom providers until 2032, the European Commission announced on Thursday.

The scheme allows travellers in the EU and the EEA to call, text and surf abroad without extra charges.

“With our roaming regulation we have all benefitted from Roam-like-at-home,” EU’s top official Margrethe Vestager said in an official statement.

“This is a very tangible benefit of our European Single Market. Prolonging these rules will keep inter-operator prices competitive, and allow consumers to continue enjoying free-of-charge roaming services for the next ten years.”