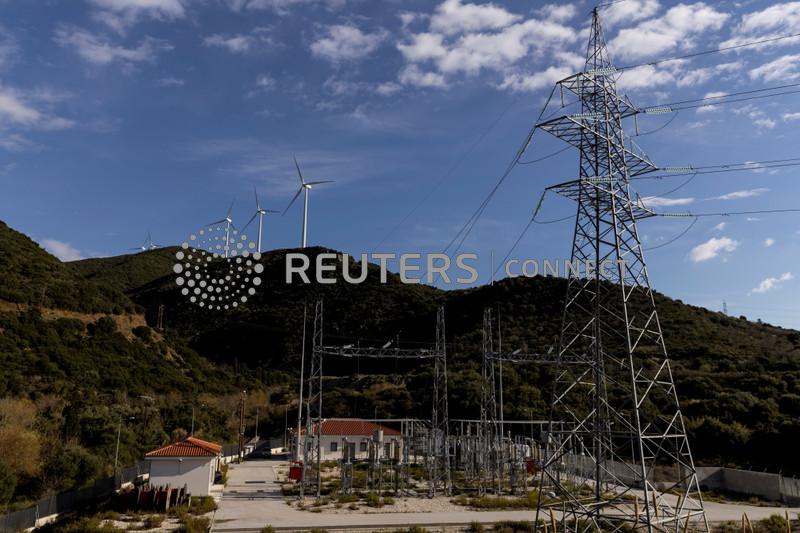 FILE PHOTO: Wind turbines are seen on a hill in front of a power station near the village of Macynia, Greece, March 17, 2021. REUTERS/Alkis Konstantinidis

The measure will help Greece meet its renewable energy targets, without unduly distorting competition, the executive arm of the European Union said.

Greece, aiming for renewables to account for 61% of final electricity consumption by 2030 from 29% last year, wants to shorten its permitting process to about two to three years.

That’s down from the eight years more typical for such schemes in Greece.