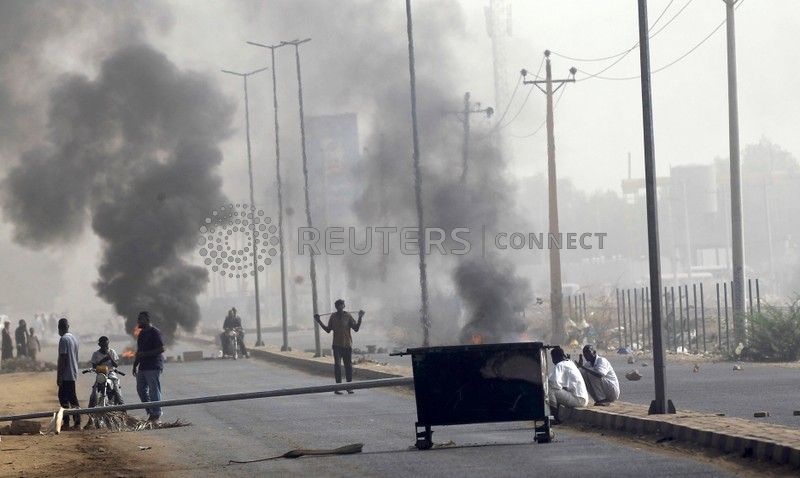 Sudanese protesters erect a barricade on a street and demanding that the country's Transitional Military Council hand over power to civilians in Khartoum, Sudan June 3, 2019. REUTERS/Stringer

BRUSSELS (Reuters) – The European Union on Monday called on Sudan’s military leaders to allow people to protest peacefully and urged a speedy transfer of power to civilians.

“We are following the evolution of the situation very closely, including regarding today’s attacks on civilian protesters, and we call on the Transitional Military Council to act responsibly and respect people’s right to express their concerns,” an EU spokeswoman told a regular briefing.

“Any decision to intensify the use of force can only derail the political process … The European Union’s priority remains the rapid transfer of power to a civilian authority,” the spokeswoman said.

Security forces stormed a protest camp in the Sudanese capital Khartoum on Monday morning and at least nine people were reported to have been killed in the worst violence since the overthrow of President Omar al-Bashir in April.