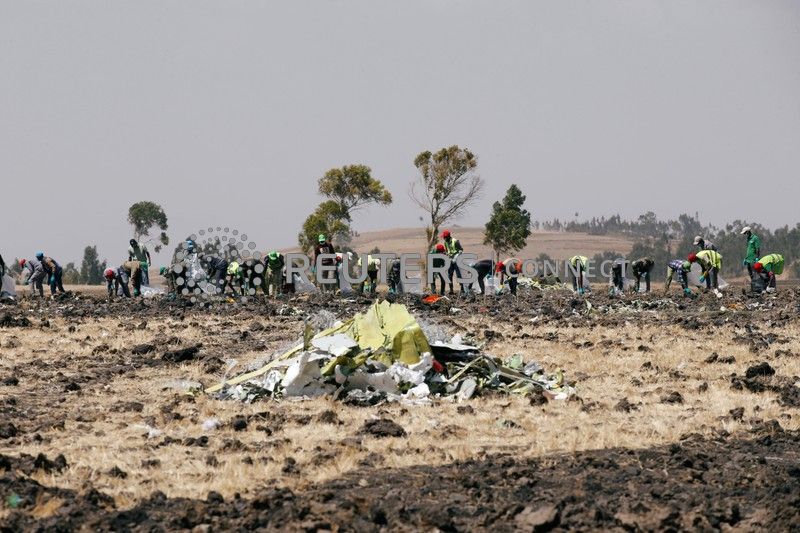 Ethiopians search for remains at the Ethiopian Airlines Flight ET 302 plane crash before a commemoration ceremony at the scene of the crash, near the town of Bishoftu, southeast of Addis Ababa, Ethiopia March 13, 2019. REUTERS/Baz Ratner