Escott Shield: Navy has what it takes, says Tawake 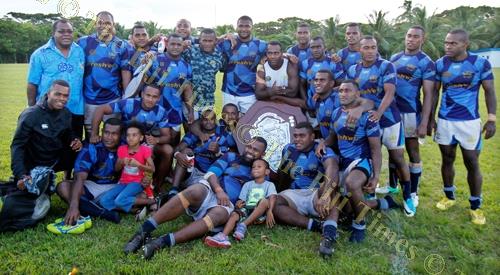 THE Commander of the Republic of Fiji Navy, Commander Humphrey Tawake is confident the Fresh’et Navy Rugby Club has what it takes to make the Stanley Brown Naval Base in Walu Bay the new home for the Escott Shield at the end of this year.

At the completion of the round robin of the Escott Shield Navy Blue has gone undefeated to top pool two with the Navy White team in the Koroturaga Cup competition and is also undefeated and on top of their pool with one round to go today.

“It is not a surprise that we are topping both pools,” Tawake said.

“Because it shows the level of preparation and calibre of players that we have.”

Tawake said now heading into the knockout stages, the commitment shown throughout the season would be put to the test.

“Come the knockout stages, the team that prepares well in terms of physicality, mentally and spiritually will be shown.”