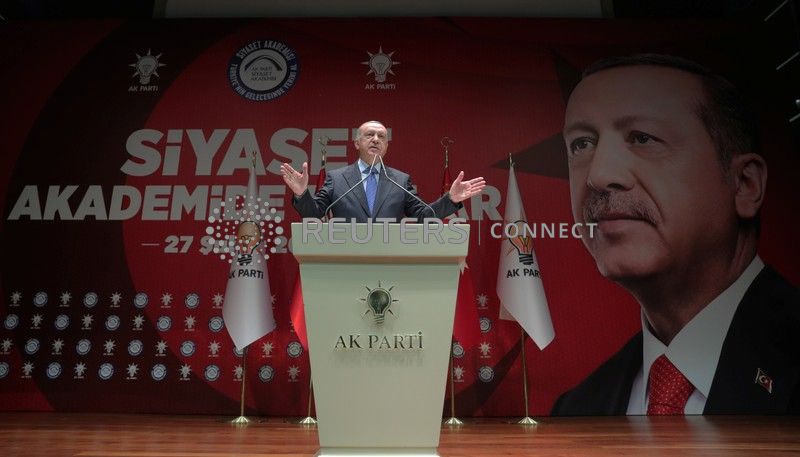 ANKARA (Reuters) – President Tayyip Erdogan said on Thursday three more Turkish soldiers had been killed in Syria’s Idlib region, where Turkey’s military is backing Syrian rebels against government forces, but that developments there were turning in Ankara’s favour.

“We have three martyrs, let them rest in peace. But on the other hand, the regime’s losses are very big,” Erdogan said in a speech. Including the latest three deaths, 21 members of the Turkish forces have been killed in Idlib this month.