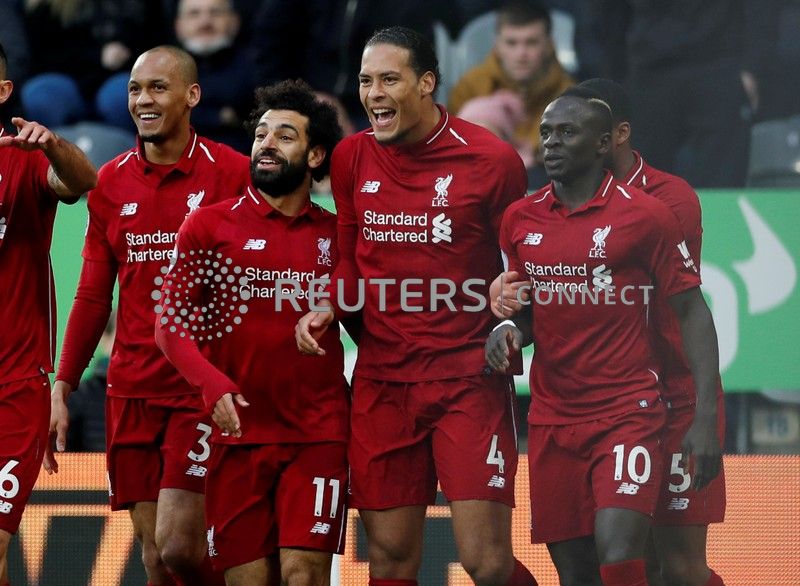 The race to winning the English Premier League is getting tight. After seven rounds of exciting and entertaining football, Chelsea leads with 16 points, followed by Liverpool (15 points) and arch rivals Manchester City and United, Everton and Brighton (14 points).

Ferran Torres scored twice in the first half for La Roja as Leonardo Bonucci saw red for the Azzurri and the hosts could only manage one consolation goal through Lorenzo Pellegrini at San Siro.

Roberto Mancini’s Euro 2020 champs were unable to repeat their summer feat when they eliminated Luis Enrique’s men in the semifinals and will contest the third-place playoff with either Belgium or France.

Back to the race for the EPL title, and the much-awaited clash between Manchester City and Liverpool at Anfield Stadium did not disappoint fans.

CNN reported that Liverpool and City played out an exhilarating 2-2 draw, in a match which saw Mohamed Salah score a magical solo goal.

After a goalless first half, the game sprung into life after the break with fans treated to breathtaking display of attacking football, and despite the visitors dominating before the break, Sadio Mane opened the scoring for Liverpool. It took City 10 minutes to respond, as Phil Foden arrowed the equaliser.

With both teams fired up, the game turned into a classic and Salah put Liverpool back ahead with a stunning solo goal. He displayed his world-class ability by jinking past multiple City defenders before firing his left-foot shot past goalkeeper Ederson.

Kevin De Bruyne’s shot deflected in the net off Joel Matip, as City equalised. Hence, the draw meant neither side could knock Chelsea off the top of the table, with Liverpool sitting second and City in third going into international break.

At Old Trafford, after an earlier loss to Aston Villa, Manchester United fans had to endure another night of pain and suffering, as the Red Devils let slip a 1-0 lead at home to Everton, allowing Rafael Benitez’s men to leave with a point. Manchester United was held to a frustrating 1-1 draw.

Although the hosts took the lead with a ferocious Anthony Martial strike two minutes before half-time, the visitors hit back with a leveller after 65 minutes with a goal from Andros Townsend.

United coach Ole Gunnar Solskjaer had freshened up his starting 11 from the team that had dramatically beaten Villarreal 2-1 late on in the Champions League, resting the likes of Jodan Sancho, Cristiano Ronaldo and Paul Pogba. Even the introduction of hero Ronaldo from the bench couldn’t force another last-gasp storyline.

The Red Devils have now lost five valuable points at home, and this could come back and haunt Ole’s side. Finally, late goals from Timo Werner and Ben Chilwell earned leaders Chelsea an excellent and hard-fought three points against Southampton and in a game not lacking for drama from first to last.

Chelsea players and those in the stands can head into the international break with smiles on their faces.

This tight race is adding excitement to the EPL, as fans look forward to next weekend’s crackers.

Until then, it’s time for international football!