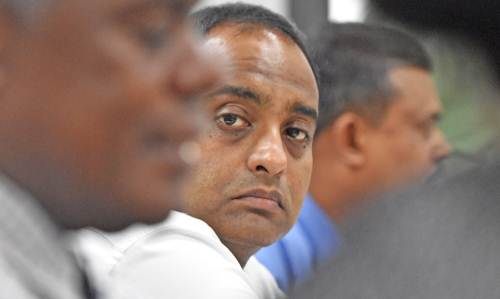 THE Department of Environment believes it needs to improve its services to balance the need to sustain natural resources and further development.

Ministry of Environment permanent secretary Joshua Wycliffe said while considering licence applications for development projects, they would not compromise environmental requirements which surrounded such applications.

He said the department chose to raise awareness making their procedures quicker and faster to avoid delays.

“At the same time, we will not compromise on quality,” Mr Wycliffe said.

“This can be done by various awareness programs on the department’s role like the one we had lately in the North to raise awareness and clarify doubts for stakeholders and other line ministries.

“For businesses, speed is paramount and efficiency is something that employers look for in order to up productivity.

“Now consider a staff member who has to look after 15 to 20 applications weekly, and consider if the same work was shared by three workers, it would be easier.”

Mr Wycliffe said the way one needed to balance the need from the business and economy was to provide efficiency through a lot more focus and a lot of resources and Government was currently providing this for the department.

“The department is increasing its focus and resources to provide the speed and efficiency in the processing of applications so that the law is not compromised,” he said.

Earlier, Mr Wycliffe was informed by this newspaper that resource owners had often questioned the department of environment’s existence whether it was to safeguard the Fijians or to represent the interest of investors.

Resource owners in the North felt the department often forgot about the protection of the environment when approving licences for gravel extraction, soil removal and other projects concerning the exploitation of natural resources.